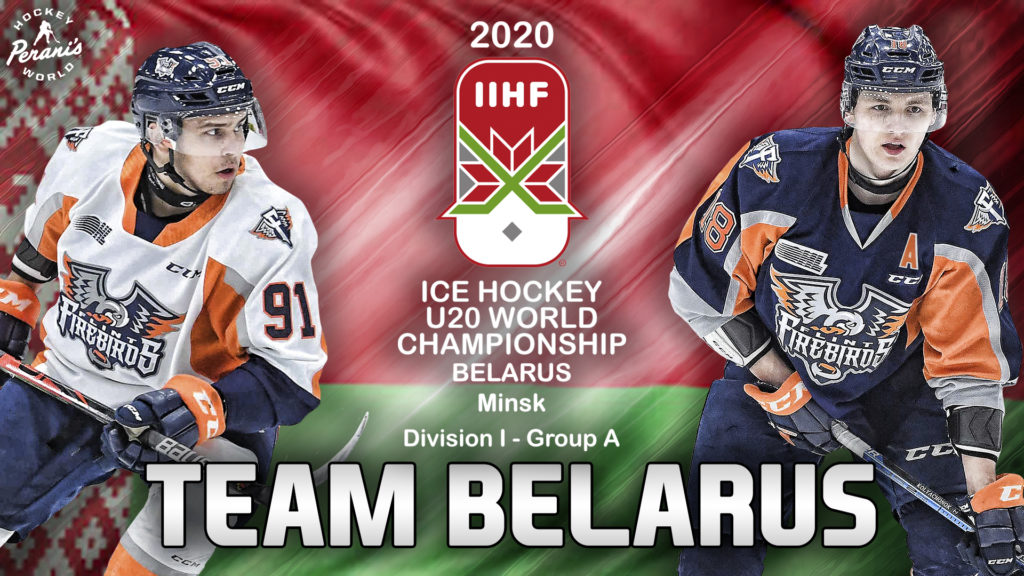 Minsk, Belarus – Firebirds’ defenseman Vladislav Kolyachonok (Florida Panthers) and Evgeniy Oksentyuk have been invited to participate in the training camp for the Belarusian National-Under 20 Team that is set to compete at the 2020 IIHF Ice Hockey U20 World Championship Division I, Group A hosted in Minsk, Belarus.

The Firebirds claimed defenseman Vladislav Kolyachonok (pronounced kol-ya-cho-nawk) off OHL waivers from the London Knights on Oct. 2, 2018. Since, Kolyachonok was selected by the Florida Panthers in the second-round (52nd overall) of the 2019 NHL Draft.

Oksentyuk (pronounced awk-sen-tuuk), 18, was selected by Flint in the first-round (5th overall) of the 2019 CHL Import Draft in June. The Brest, Belarus native led the Belarus National Team at this year’s 2019 IIHF U18 World Championship with six points (3G, 3A) and 22 shots on goal in just five games, en-route to being named Belarus’ top forward at the prestigious tournament. At the 2019 IIHF U20 World Championship Division 1A, Oksentyuk lit-the-lamp once in five games and had a plus-1 rating as an underager with the Silver Medal winning Belarus National Team.

The 2020 IIHF Ice Hockey U20 World Championship Division I, Group A will run from Dec. 9 to Dec. 15 and will feature hosts Belarus, Denmark, Norway, Latvia, Austria, and Slovenia.