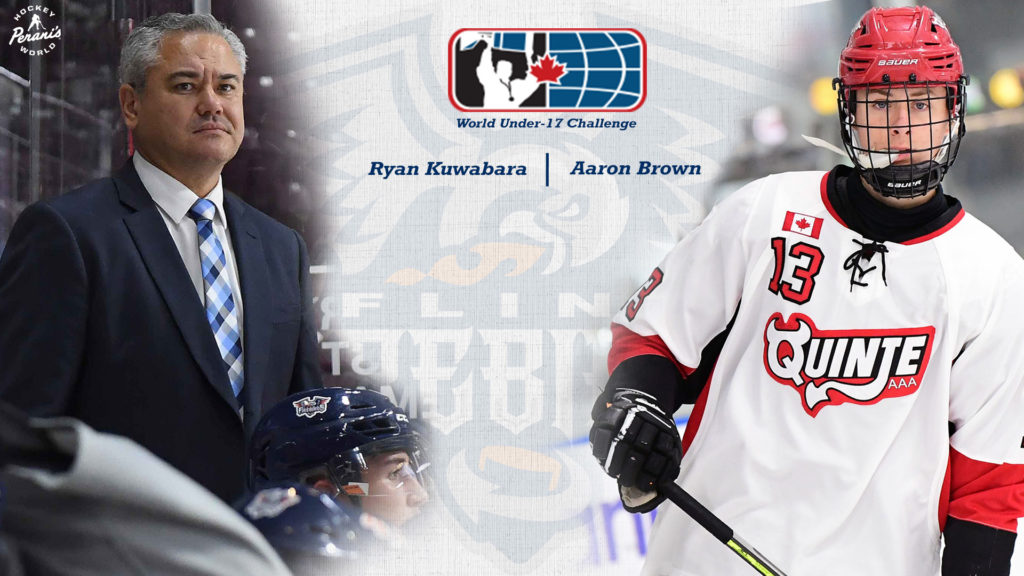 12 goaltenders, 37 defensemen and 64 forwards will be split into six teams for the week-long virtual camp, participating in a variety of sessions with a focus on player development through online education.

“We’d like to congratulate both Ryan and Aaron on receiving an invite to Hockey Canada’s virtual national under-17 development camp,” said Flint Firebirds Vice President of Hockey Operations and General Manager Barclay Branch. “This is an incredible honor and we couldn’t be happier for both families.”

Kuwabara, 48, played a critical role behind the Firebirds bench this season, en-route to recording the best campaign in club history. The Firebirds set franchise records for most points in a season (82), wins (40), home wins (20), road wins (20), most goals scored (4.35 per game average), most power-play goals (499) and fewest penalty minutes (566). Additionally, the Firebirds broke a franchise record for overall longest winning-streak (15 games) and longest road winning-streak (12 games), not losing a OHL contest in 33 days.

“This is an honor and a privilege to be named to Canada’s Under-17 coaching staff,” said Flint Firebirds Associate Coach Ryan Kuwabara. “It’s a special feeling anytime you can represent your country on the national level and I look forward to working with the staff and players throughout the event.”

Brown was a the third-round selection (52nd overall) in the 2020 OHL Priority Selection. The Belleville, Ont. native played his youth hockey for the Quinte Red Devils AAA Hockey Team in the Ontario Minor Hockey Association-Eastern Triple-A (OMHA-ETA). Brown played an integral role in leading the Red Devils to back-to-back OMHA championships, including a top-four finish in three of the major four tournaments, while also placing among the top three defenders in points in three of the top four major tournaments this past season at the Minor Midget level. A 6-foot-1, 170-pound blue liner, Brown recorded 49 points (14G, 35A) including 40 penalty minutes in 67 games with the Red Devils last season. Brown was awarded as an honor roll student and was also tabbed as “Athlete of the Year” at Eastside Secondary School in Belleville.

The list of players invited includes 49 OHL prospects consisting of 30 forwards, 16 defensemen and three goaltenders. All 17 eligible first round 2020 OHL Priority Selection choices received invitations while a total of 35 prospects on the list have committed to OHL member teams for the 2020-21 season.

Additionally, a number of OHL coaches and hockey operations support staff have been assigned roles with Teams Black, Red and White ahead of the annual showcase. Most prominently, Saginaw Spirit head coach Chris Lazary will lead Team Red behind the bench as head coach. Guelph Storm associate coach Chad Wiseman will serve as an assistant coach with Team White and Flint Firebirds associate coach Ryan Kuwabara will be an assistant with Team Black.

“The national under-17 development camp is the first stage in introducing these athletes to the Program of Excellence, and it is a great opportunity for them to develop as players and learn what it takes to wear the Maple Leaf,” said Scott Salmond, senior vice-president of national teams with Hockey Canada. “Our three under-17 teams are very fortunate to have these nine experienced coaches, and we know our coaching and support staffs will embrace the opportunity to guide the development of the top young players in Canada.”

Kuwabara recently completed his first season as an associate coach with the Flint Firebirds (OHL) after two seasons (2017-19) as an assistant with the Saginaw Spirit (OHL). He served as a video coach with Team Canada White at the 2018 World Under-17 Hockey Challenge, and was a guest coach at U17 camp in 2019. As a player, Kuwabara competed in the 1998 Olympic Winter Games and five IIHF World Championships with Japan.