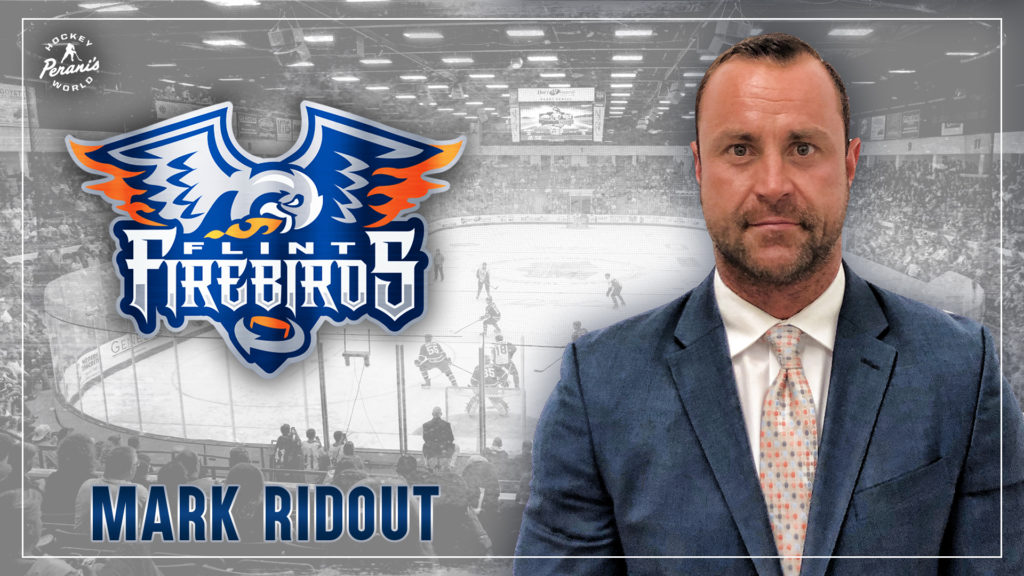 Ridout, 38, played four seasons in the Ontario Hockey League from 1997-2001, beginning his career with the Plymouth Whalers (now the Flint Firebirds), while also playing for the Windsor Spitfires and the Mississauga IceDogs (now the Niagara IceDogs). In his time in the OHL, he totaled 36 points and 381 penalty minutes in 179 games.

“We are thrilled to welcome Mark to the Flint Firebirds’ organization,” said Flint Firebirds Vice President of Hockey Operations and General Manager Barclay Branch. “As an alum of both the organization and the OHL and having a dual-background both as a player and in strength and conditioning, Mark is the perfect fit and will be a positive asset to our club moving forward.”

Ridout comes to Flint with a degree in Health Sciences from St. Clair College in Windsor and is a Certified Strength and Conditioning Specialists (CSCS). He was the Head Strength and Conditioning Coach for the OHL’s Windsor Spitfires from 2006-08. Ridout started his own personal training business in 2010 and has been the Owner and Head Trainer at Pro Fitness Studio in Windsor for the past nine years. Most recently, Ridout was an assistant coach for the University of Windsor Lancers men’s ice hockey team in the Ontario University Athletics (West) division of Canada’s U SPORTS.

“I want to thank the Flint Firebirds, Barclay [Branch] and Eric [Wellwood] for bringing me back to the same organization that I began my OHL career with, it’s a dream come true,” said Ridout. “Having been to Flint recently and seeing the facilities that this organization has for skill development is incredible. I look forward to working with the coaching staff to improve on the ice, our strength and conditioning off the ice and making this a championship program in Flint.”

Ridout is married to Crystall Ridout and has four children Zach, Lucas, Bentley and Scarlett. Ridout plans to move to Grand Blanc, Mich. before the start of training camp.