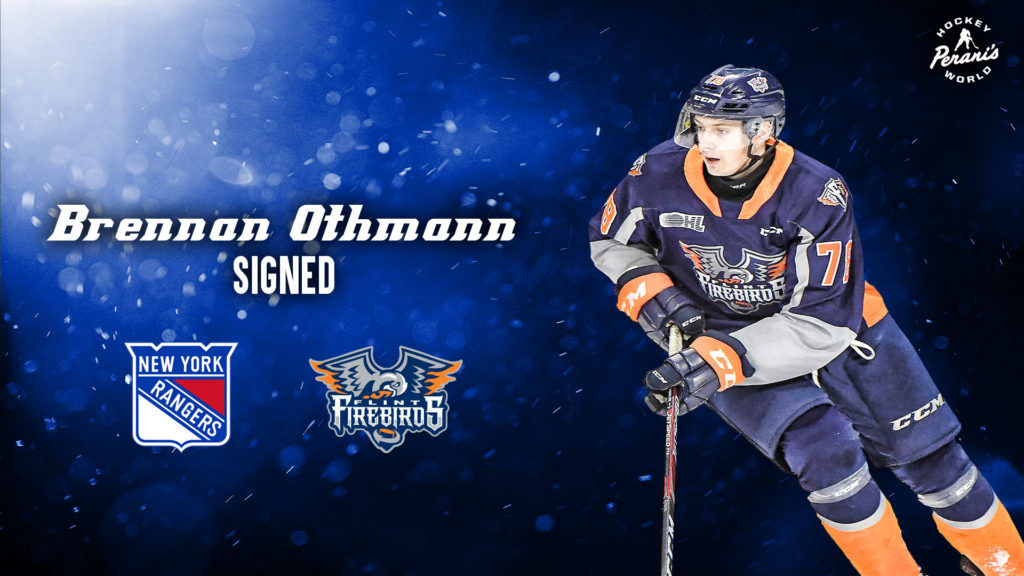 “We’re extremely happy for Brennan and his family,” President of Hockey Operations Terry Christensen said. “It’s every player’s dream that plays in the OHL to someday have an opportunity to sign an NHL contract. To be drafted in the first round and then to come to terms with that dream is very special. We’re very excited for him.”

“It’s unbelievable signing your first-ever NHL contract,” Othmann said. “This is all just a really great feeling for my familyand friends.”