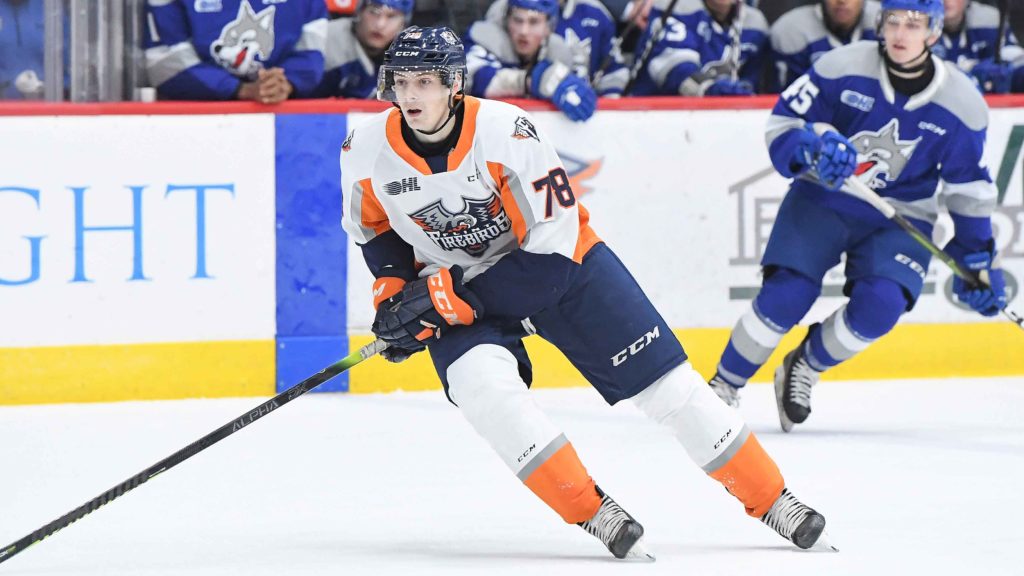 Flint, Mich. – The Ontario Hockey League is proud to announce that 52 players with OHL ties have been included on NHL Central Scouting’s January ‘Players to Watch’ List for the 2021 NHL Draft. Firebirds’ Brennan Othmann (B), Braeden Kressler (C) and Dmitry Kuzmin (C) are on the list.

This past season, Othmann broke the Firebirds rookie franchise records for goals (17) and points (33) in 55 games while also recording two game-winning goals with Flint during the 2019-20 OHL campaign. The Pickering, Ont., native was selected by the Firebirds with the second-overall pick in the 2019 OHL Priority Selection. The 5-foot-11, 165-pound forward was recognized as invitee to Canada’s National Men’s Summer Under-18 Team Selection Camp this year.

Kressler finished second among all first-year players on the Firebirds roster last season. He tallied 18 points (9G, (A) and a plus-16 rating in 46 games played during his rookie season. The Kitchener, Ont. native was invited to represent Canada at the 2019 World Under-17 Hockey Challenge last November.

Kuzmin, a native of Belarus, was selected by the Firebirds in the first round (46th overall) of the 2020 CHL Import Draft on June 30 before he committed to the Firebirds on Sep. 30.

The Firebirds have had at least one player selected in the NHL Draft in each of their five seasons since being a member of the Ontario Hockey League. Since the Flint’s inception just five season ago in 2015, the club has now had 19 drafted or NHL signed players on its roster

All 20 OHL member teams were represented on the list led by the London Knights and Ottawa 67’s with five each. The Erie Otters, Hamilton Bulldogs and Sarnia Sting each trailed with four players assigned rankings.

The list includes 26 OHL forwards, 19 defenseman and seven goaltenders. Eleven of the players listed (denoted by an asterisk) have yet to play a game in the Ontario Hockey League but have committed to their respective member team for the 2020-21 season.