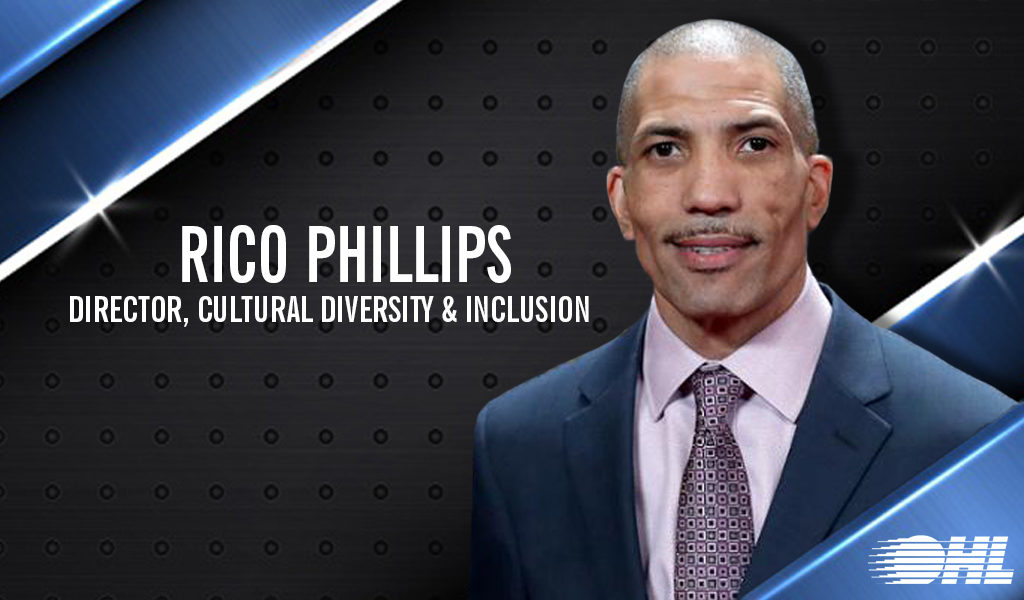 Toronto, Ont. – The Ontario Hockey League today announced that it has appointed Flint-native Rico Phillips to the newly created role of Director of Cultural Diversity and Inclusion. In this role, reporting to the Commissioner, Phillips will establish and lead a committee to provide guidance and expertise to the League and teams to help ensure that the game is inclusive for all players, staff and fans.

“There is no question that the biggest challenge facing hockey and sports, at all levels, is how to ensure that the game is inclusive. I believe the key to doing this is to work hard to eradicate racism and ensure an environment that is free from any discrimination,” said Phillips. “I am looking forward to working with the League and the Cultural Diversity and Inclusion Committee on these very important, and I believe attainable, goals.”

The Committee on Cultural Diversity and Inclusion will make recommendations and build upon the League’s current policies and player and staff training. 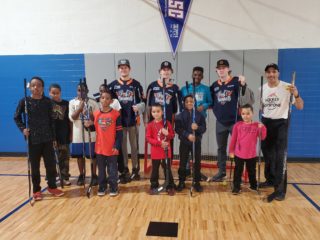 “Rico Phillips has proven over the years that he not only understands hockey, but he understands the role that community plays in the sport and the challenges that face players and teams with regards to racism and inclusiveness,” said OHL Commissioner David Branch. “I am very pleased that he has agreed to join the OHL in this critical role and I look forward to his ongoing contributions in this important area.”

The Flint Firebirds Hockey Club has been routinely involved with Phillips’ ‘Flint Inner-City Youth Hockey Program’ (FICYHP) since the club’s inaugural campaign in 2015. The Firebirds players often take part in Phillips’ on-ice sessions at the Dort Federal Credit Union Event Center in Flint, and act as role models and mentors to the youth hockey players in the community. Additionally, the Flint Firebirds Foundation proudly donates all of the required ice time needed by the FICYHP. Rico is also a staple as a referee during the Flint Firebirds’ annual Blue vs. White Training Camp game.

“We’d like to congratulate Rico on being recognized for his accomplishments and selected for this new position with the Ontario Hockey League,” said Flint Firebirds Team President and Dort Federal Credit Union Event Center General Manager Jeremy Torrey. “Rico is very deserving and qualified for this role and we wish him luck.”

About Rico Phillips:
Rico Phillips is a change-maker in the sport of hockey, having begun his role in the game as a high school hockey referee in the 1980’s. In 2010 he founded the Flint Inner-City Youth Hockey Program in an effort to increase racial and socioeconomic inclusivity in minor hockey. In 2019 he was awarded the NHL’s prestigious Willie O’Ree Community Hero Award. He is a retired member of the City of Flint Fire Department.

From the OHL’s current Diversity policy:
The Ontario Hockey League cares about diversity within its environment.  The OHL values all of its players, staff, and officials and is committed to providing a place where all players and personnel are treated with respect.  Not only does this mean that the League strives for an environment that is free from unequal treatment on the basis of race, age, gender, creed, religion, national origin, sexual orientation, marital status or disability – it also means that we strive for an environment where we value and benefit from the distinctiveness of each other.