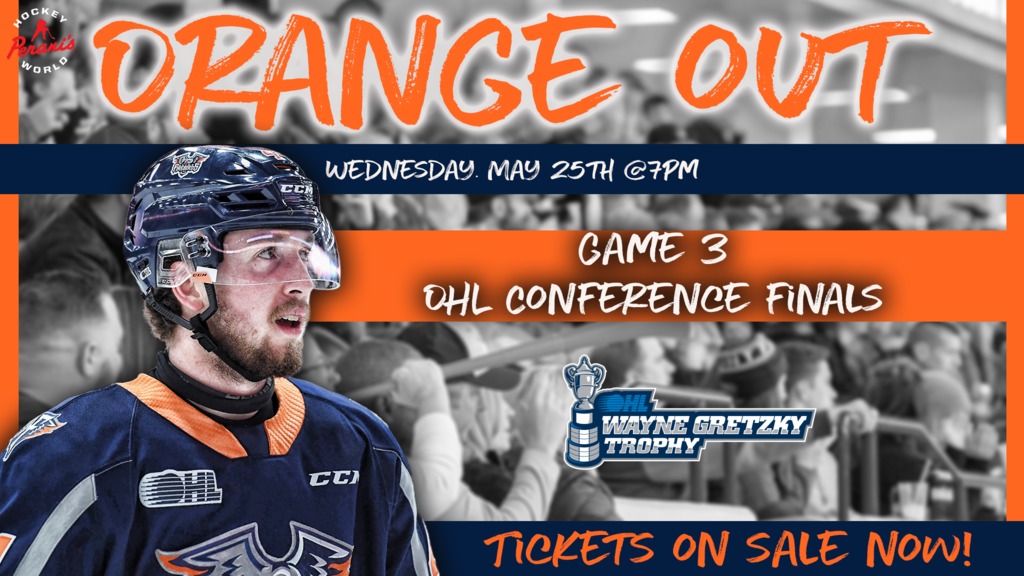 Flint, Mich. – The Flint Firebirds kick off the Western Conference Finals at home for Game 3 on Wednesday, May 25 at 7:00 p.m. All fans are encouraged to wear orange to “Orange Out” the Dort Financial Center.

The Bird’s Nest will have orange playoff T-shirts, sweatshirts and more available for purchase. Additionally, Dort Financial Credit Union will be providing orange rally towels for all fans in attendance.

Tickets for all Western Conference Final home games are on sale now, available from ETIX, in person at the Dort Financial Center box office, or by calling 1-800-514-3849. Season ticket holder tickets will be released 24 hours prior to game time if necessary.

The Firebirds will host Games 3, 4 and 6 on home ice at the Dort Financial Center with the date and times listed below.

The Western Conference Champion receives the Wayne Gretzky Trophy named in honor of the Hockey Hall of Fame member who played for the Soo Greyhounds in 1977-78. The Firebirds have won their first two playoff rounds in the six-year history of the franchise this year, and look to keep the momentum going when the puck drops on Saturday.