Firebirds’ Othmann to play in Switzerland until OHL season commences 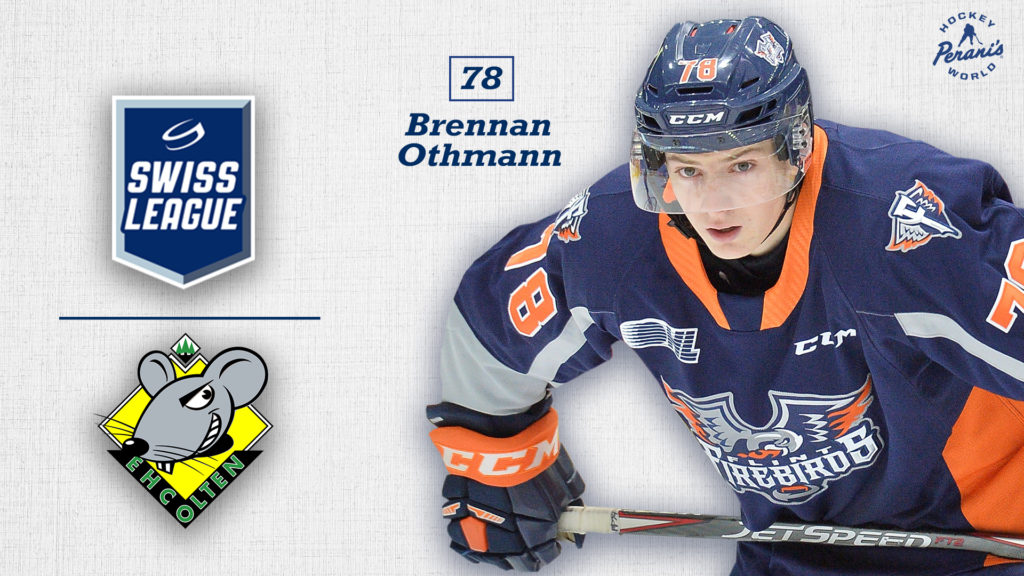 Flint, Mich. – The Flint Firebirds announced today that forward Brennan Othmann has been granted a conditional temporary transfer, as a result of the COVID-19 virus, and will return to Flint once the 2020-21 Ontario Hockey League (OHL) season commences.

Othmann, 17, has dual citizenship in Canada and Switzerland and will play for the EHC Olten Power Mice (Eishockey Club Olten Powermäuse) in the Swiss League, the second tier of the main professional ice hockey league in Switzerland, behind the National League. Of note, Othmann’s father (Gery) and uncle (Robert) also played in the Swiss League and Robert suited up for EHC Olten for five years.

The transfer will provide an opportunity for Othmann to stay in condition for the upcoming OHL season during his NHL Draft year. As per the agreement, the Firebirds will be in close contact with EHC Olten and will be monitoring Othmann’s performance throughout his stay in Switzerland.

This past season, Othmann broke the Firebirds rookie franchise records for both goals (17) and points (33) in 55 games while also recording two game-winning goals with Flint during the 2019-20 OHL campaign. The Pickering, Ont., native was selected by the Firebirds with the second-overall pick in the 2019 OHL Priority Selection. The 6-foot, 178-pound forward was recognized as an invitee to Canada’s National Men’s Summer Under-18 Team Selection Camp this year.