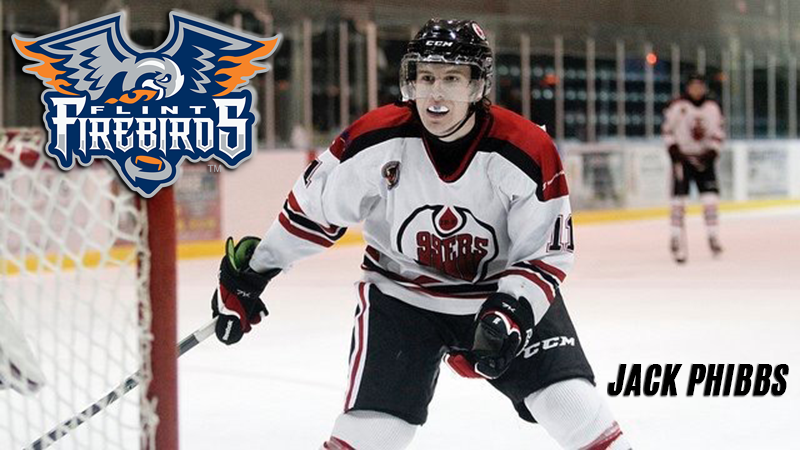 Flint, Mich. – The Flint Firebirds announced today that the club has received a commitment from forward Jack Phibbs.

Phibbs, a native of Cayuha, Ont., was picked in the seventh-round, 133rd overall in the 2015 OHL Priority Selection and comes to Flint after spending a season in the Greater Ontario Junior Hockey League (GOJHL) with the Brantford 99ers. In 50 games, Phibbs racked up 40 points (18G, 22A) and totaled 22 penalty minutes.

“Jack’s coming off a terrific year in Brantford on a young team,” said Flint Firebirds general manager George Burnett. “He made a significant contribution, scoring 40 points which is not an easy accomplishment for any 16 year old playing their first year in junior hockey. Jack brings skill, tremendous work habits and should compliment our young group of talent moving forward.”

Prior to a successful season with the 99ers, the six-foot, 170-pound forward recorded 48 points (24G, 24A) in 35 games with the Southern Tier Admirals in the South Central AAA Minor Midget league.

“I’m very excited to have the opportunity to play for the Firebirds and look forward to earning my way at camp,” said Phibbs. “With the new coaching staff in place, great facilities and the awesome fan base they have, I’m happy to be part of a young team that is in the building process.”