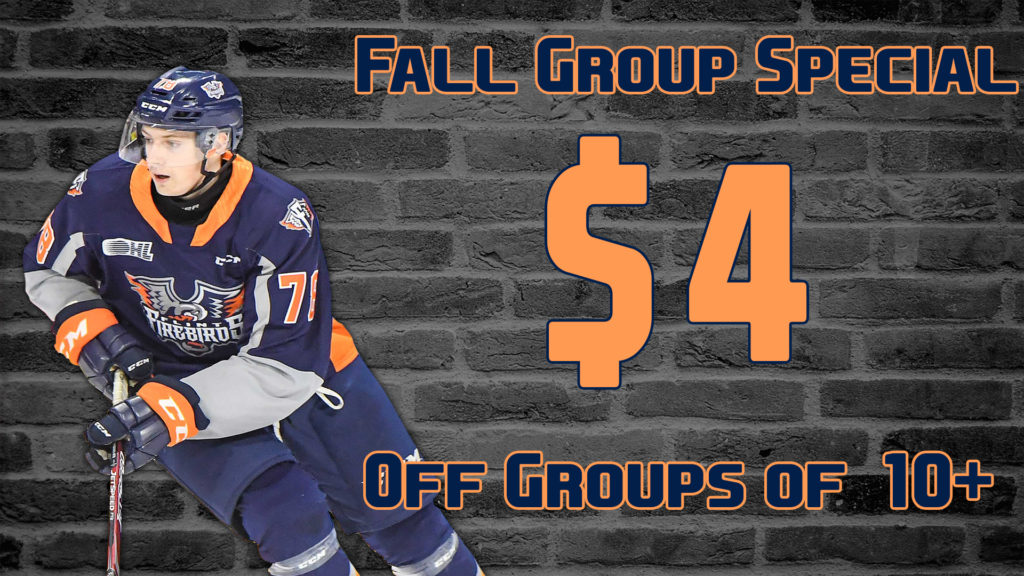 Flint, Mich. – All group ticket plans for the upcoming 2021-22 Firebirds season are set to go on sale Tuesday, August 31 at a special Pre-Sale value. All groups of 10 or more will receive $4 off each ticket at any level of seating. All tickets will be available to purchase through Etix or at the Dort Financial Center box office.

Also, individual game tickets are scheduled to go on sale Tuesday, September 7th at 10 AM.

Pre-Sale group plans will end on Monday, September 6 at which point they will return to their usual value as listed below.