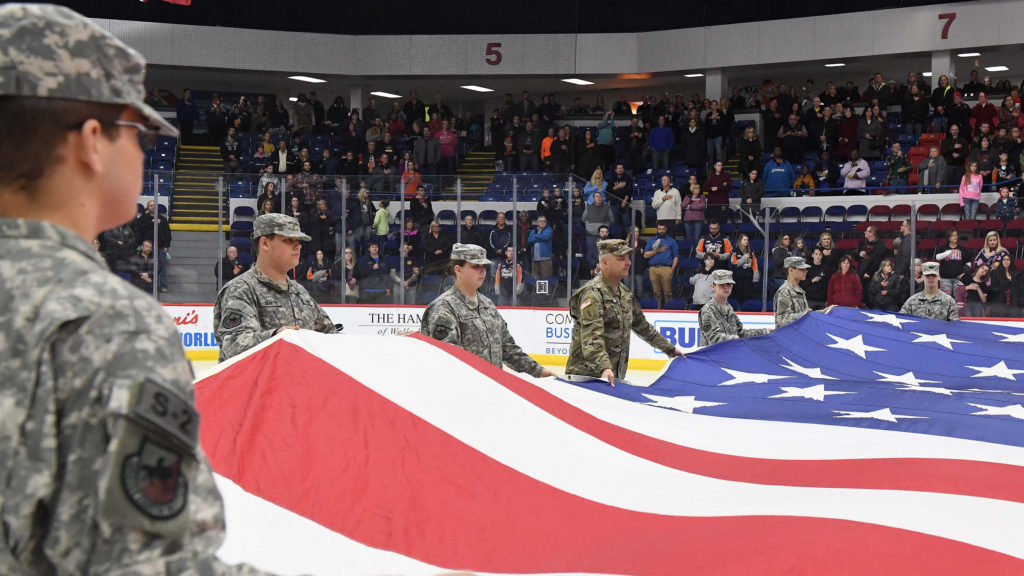 Flint, Mich. – The Flint Firebirds who are off to their best start in franchise history with a  10-5-0-0 record return home for a pair of games this weekend. Friday is the Firebirds’ ‘810 Night’ and Saturday is the Firebirds’ fifth-annual Military Appreciation game. Puck drop for both games is set for 7 p.m. (ET) at the Dort Federal Credit Union Event Center.

Friday, the Firebirds are celebrating the Greater Flint Area and are offering the lowest individual ticket prices in franchise history, featuring $8 bronze level tickets and $10 silver level tickets. Also, the first 400 fans in attendance will receive a free Firebirds’ ’810’ shirt, compliments of Kidd Company in Clio. Additionally, the official Firebirds’ foam finger will be on sale for a reduced price of $8 and the official Firebirds’ cowbell will be on sale for $10.

Friday also marks the second of the ‘Firebirds 4 Pack Fridays! Fans can get 4 tickets, 4 hot dogs and 4 soft drinks starting at just $60.

There will also be an oversized flag presentation during the pregame national anthems, in partnership with Genesee Junior Reserve Officer Training Corps (ROTC), compliments of Gander Outdoors. During the first intermission fans will see a live induction ceremony on the ice and in the second intermission there will be an on-ice hockey shoot-out between the local military service branch representatives, presented by Zodiac Enterprises LLC. Additionally, there will be a 10% discount for all veterans and active duty military personnel at the Firebirds’ official merchandise store, the Birds Nest.