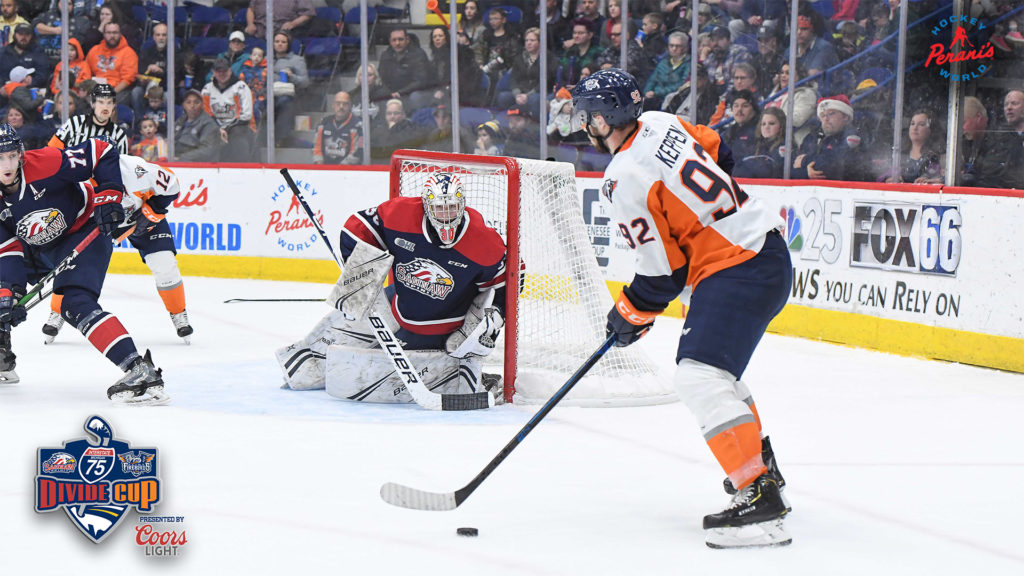 Flint, Mich. – The Firebirds and Saginaw Spirit will meet this Friday night when the two clubs face-off at the Dort Federal Credit Union Event Center and great seats are still available! Puck drop is set for 7 p.m. (ET) for game five of the I-75 Divide Cup, presented by Coors Light.