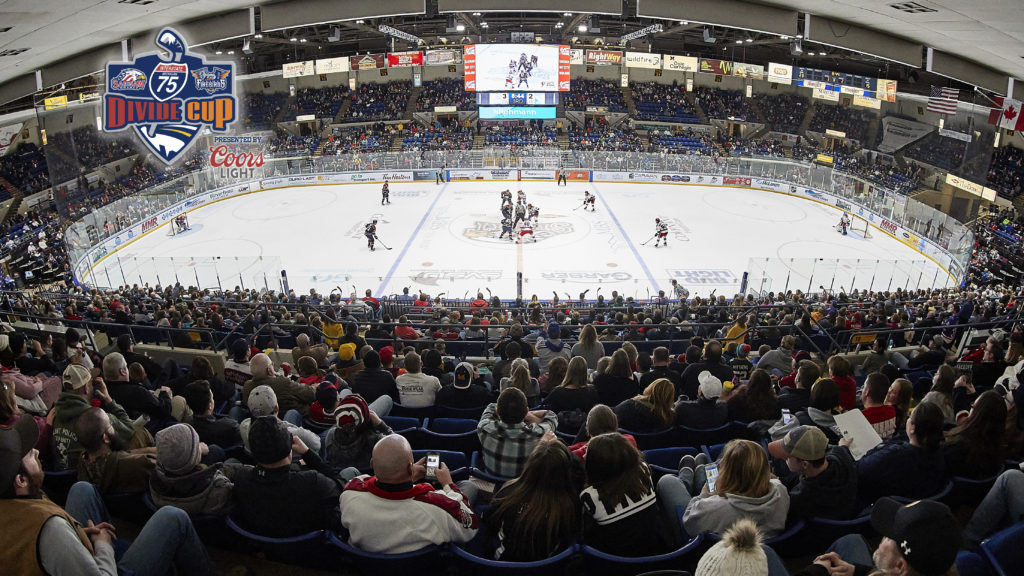 Saginaw, Mich. – The Firebirds (2-0) will play their first of two back-two-back preseason games against the Spirit (2-1) on the road Friday evening. Puck drop is set for 7 p.m. (ET) at the Dow Event Center (capacity 5,500) in Saginaw.

On Wednesday, the club travelled to Windsor and outscored the Spitfires 3 – 2 while missing 10 players, with 7 gone to NHL Training camps. Brennan Othmann recorded two assists, Jake Durham, Jack Phibbs and Connor Roberts each scored for Flint. Luke Cavallin made 20 saves on 22 shots and Evan Morrison made all six saves on six shots.

Saginaw is 2-1-0-0 in the preseason this year. They fell 8 – 5 to the Petes in Peterborough in their first exhibition contest on Aug. 30 before posting victories over the Kitchener Rangers and North Bay Battalion.

Flint finished preseason action last year with a 2-3-0-0 record. All-time, Flint is 7-12-0-0 in exhibition games. The Firebirds and Spirit have met seven times in the preseason over the last four years, and Flint has won three of them. On the road in exhibition contests between these rivals, Flint’s record is 1-3-0-0.

In the regular season, all-time, Flint is 10-20-0-2 versus the Spirit and 4-12-0-0 at the Dow Event Center. The last time Flint was in Saginaw was on Feb. 13. Riley McCourt and Jake Durham scored for the ‘Birds that evening, and both of them are expected to play Friday after returning from NHL camps earlier this week.

Broadcast Coverage:
There will be no live radio or television coverage for Friday evening’s contest. However, throughout the regular season, all 68 games can be heard live on the radio throughout Flint & Mid-Michigan on US 103.1 FM, online at www.us103.com or by downloading the US 103 app here. Dominic Hennig will call the play-by-play action with pre-game coverage beginning 30 minutes prior to puck drop.

Next Home Game:
The Flint Firebirds will host their in-state rival, the Saginaw Spirit, in the Firebirds’ only home exhibition game of the 2019 Pre-Season this Saturday, September 14th. Game time is set for 7 p.m. at the Firebirds’ official practice facility, Flint Iceland Arenas on Elms Rd. in Clayton Township. Tickets are free for all Firebirds’ season ticket holders. Parking is free for all fans. General admission seating is $10 and can be purchased in advance at the Dort Federal Event Center Box Office or at Iceland Arena’s. Flint’s regular season home opening night is on Saturday, Sep. 28 when the club hosts the Niagara IceDogs at the Dort Federal Credit Union Event Center.