💺 Own a piece of Flint Hockey history! 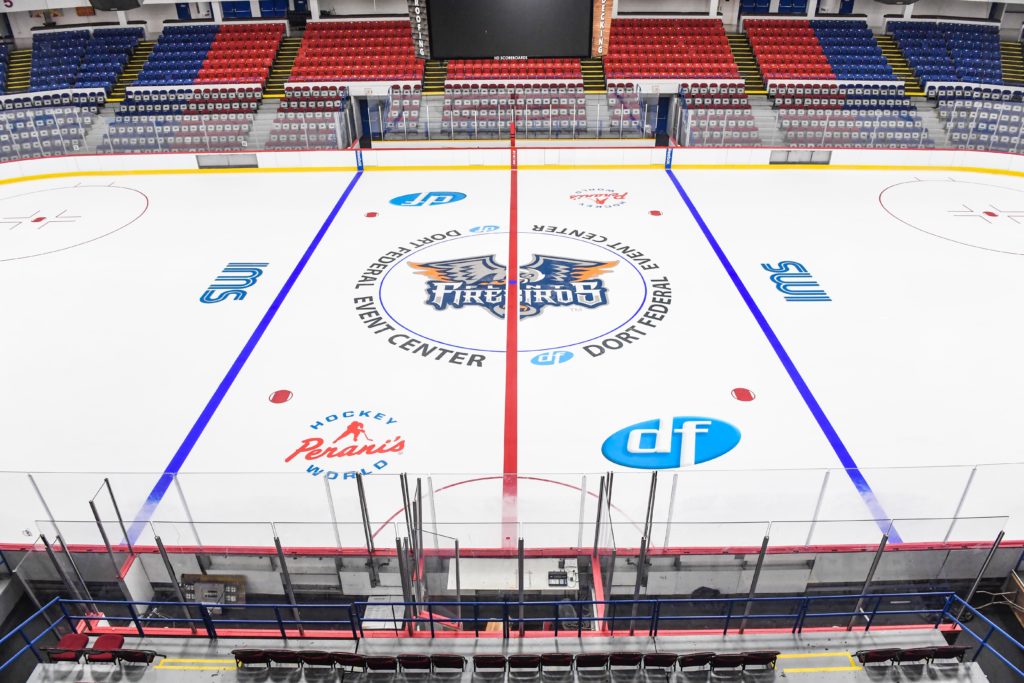 We hope this finds both you and your family healthy and doing well. We’ve been busy throughout the pandemic renovating our facility to improve your experience at the Dort Financial Center and the upgrades look incredible!

Part of our renovations includes replacing the seating at the Center. For a limited time, we are offering Flint Firebirds fans the opportunity to own a piece of Flint Hockey history and secure a collectable, upper bowl stadium seat for $25-$50 based on style. A limited number of seats are available and will be distributed on a first-come-first-serve basis.

If you have not yet renewed your seat for the upcoming season, you can do so by contacting Flint Firebirds Director of Ticketing Mary Nagy by email at mary@dorteventcenter.com or call (810) 875-6071.

We’re very excited about all of the renovations taking place at the Dort Financial Center and can’t wait for you to see it.

We miss you Firebirds Nation!