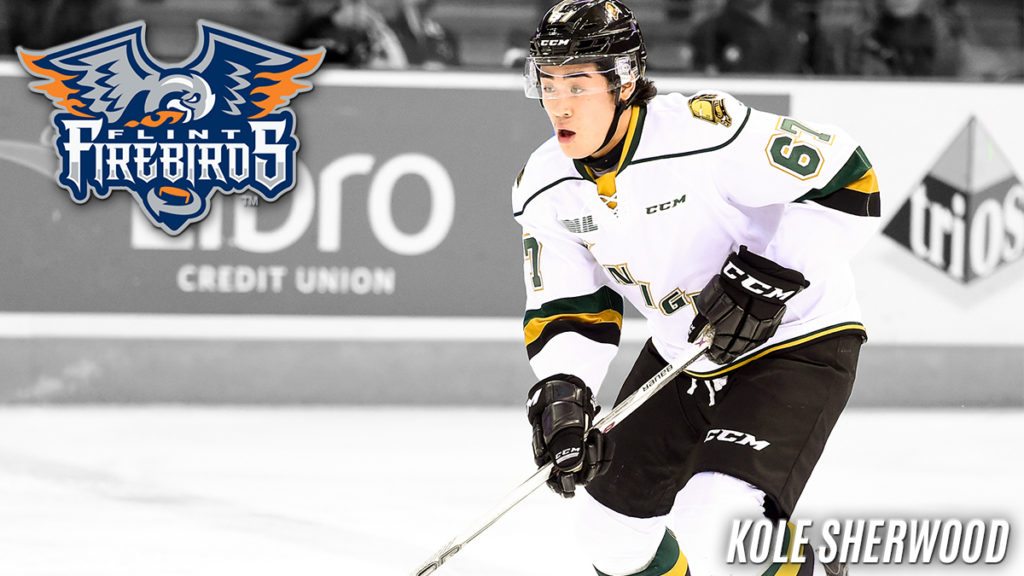 A native of New Albany, Ohio, Sherwood has recently returned from the Blue Jackets training camp and has signed a three-year NHL contract with Columbus. Sherwood led the Blue Jackets with four goals in four games at the NHL Prospects Tournament in Traverse City.

“As an NHL signed player, Kole brings excellent size, skating and skills and the experience of being a part of a Memorial Cup winning team last season,” said Flint Firebirds General Manager George Burnett. “Kole had an excellent preseason with the Knights and continued to put up strong numbers for Columbus at the NHL Prospects Tournament in Traverse City.”