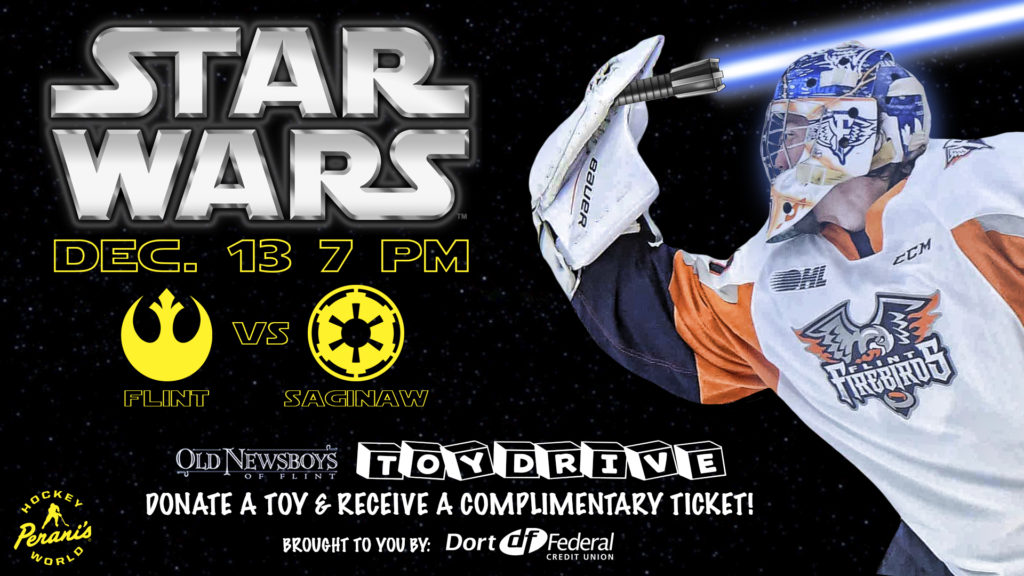 Flint, Mich. – The Firebirds return home to the Dort Federal Credit Union Event Center for the final time before the Christmas Break for the club’s “Star Wars Night” on Friday, Dec. 13. Puck drop is set for 7 p.m. (ET) against Flint’s in-state rival, the Saginaw Spirit, for game three of the I-75 Divide Cup Series, sponsored by Coors Light.

The Firebirds are hosting a toy drive where fans can receive a complimentary ticket to the game, courtesy of Dort Federal Credit Union, by bringing in a NEW toy with a minimum value of $10 to benefit The Old Newsboys of Flint, a non-profit organization that serves underprivileged children in the community. Starting Monday, Dec. 10 fans can bring in their new toy ahead of time to the Firebirds’ merchandise store “The Bird’s Nest” to secure their seat for the game.

The Firebirds will also be wearing special “Star Wars” themed jerseys that fans can bid on immediately following the game in a live jersey auction. All proceeds will be donated to The Old Newsboys of Flint. 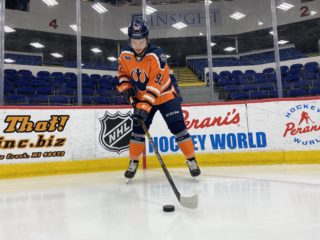