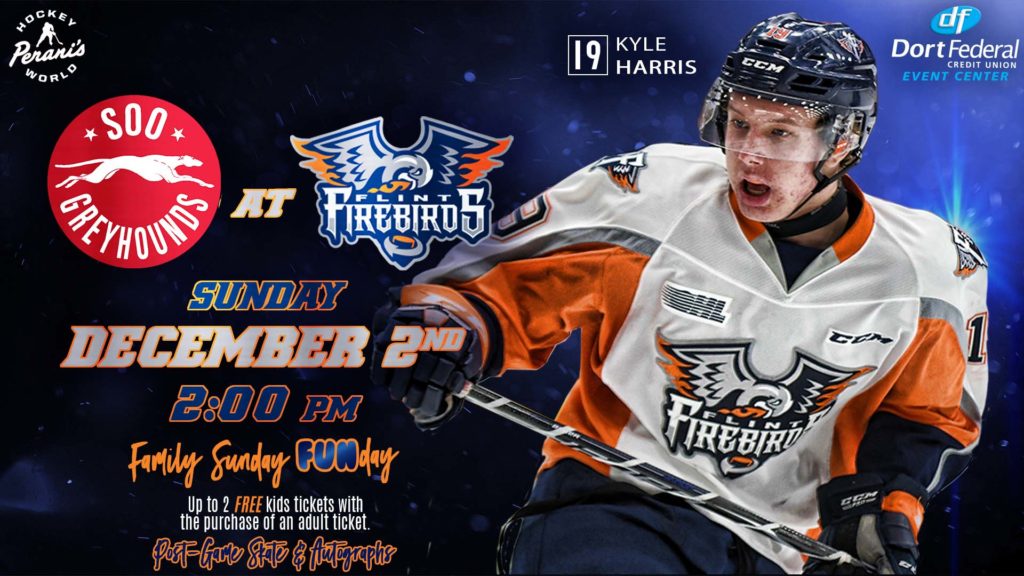 Flint, Mich. – Great family fun promotions are scheduled for this weekend as the Flint Firebirds return home to the Dort Federal Credit Union Event Center for a pair of games this Saturday, Dec. 1 at 7 p.m. (ET) and Sunday Dec. 2 at 2 p.m.

Sunday, the Firebirds welcome the Sault Ste. Marie Greyhounds for a ‘Family Sunday “FUN”day.’ Come enjoy the holiday spirit and get your picture taken with Santa Claus. There will also be a DIY ornament designing station, while supplies last. Every Sunday Firebirds’ home game is a Family “FUN”day featuring up to 2 free kids tickets with the purchase of an adult ticket, as well as a post-game ‘skate with Firebirds players,’ and an autograph signing session with Firebirds players following the game. 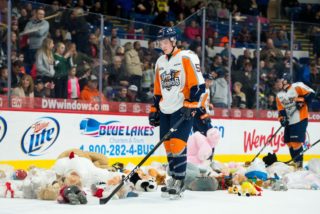 About The Flint Firebirds:
The Flint Firebirds are a proud member of the prestigious 20-team Ontario Hockey League. The OHL is part of the Canadian Hockey League (CHL), which is known as the world’s premiere player development league for the NHL. On NHL opening day rosters in October, 70% of the players were CHL alums. Since the Firebirds inception three seasons ago, the team has produced 15 NHL signed or drafted players. The Firebirds average nearly 3,000 fans per game at the newly renovated Dort Federal Credit Union Event Center, reaching over 100,000 fans each OHL season.