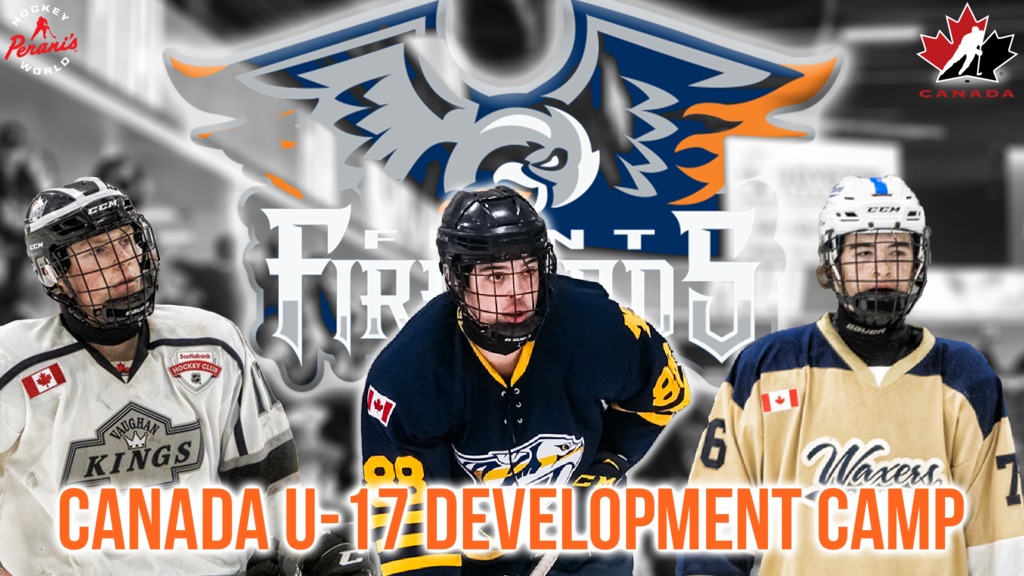 Pitre recorded 13 G and 17 A in 31 GP for the Vaughan Kings U16 AAA (GTHL) this season. He is the younger brother of current Firebird forward Coulson Pitre. Nathan Aspinall, from the U16 Markham Waxers, produced 17 G and 22 A in 27 GP. His 39 points were the fourth most in the ETAHL U16. Nathan Schaap from the North Central Predators stands at 6-foot-2, 201-pound. The right-hander D-man had 33 Pts and 56 PIMs. He had the 3rd most points among defensemen in the ETAHL.

Following the camp, players will continue to be evaluated through the early portion of the 2022-23 season before 66 are named to one of three Canadian national teams – Team Canada Black, Team Canada Red and Team Canada White – that will compete at the 2022 World Under-17 Hockey Challenge, scheduled for Nov.5-12 in Langley and Delta, B.C.