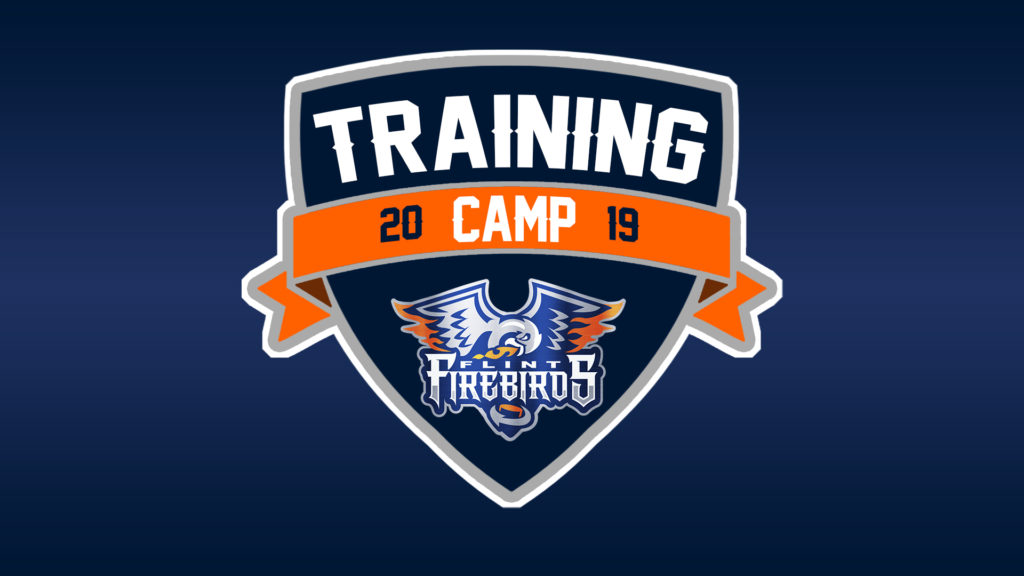 Flint, Mich. – The Flint Firebirds Hockey Club announced today the details for the club’s fifth-annual training camp to be held this Monday, Aug. 26 through Wednesday, Aug. 28 at the Firebirds’ official practice facility, Flint Iceland Arenas on Elms Rd. in Clayton Township. The opening of training camp gives fans their first chance to watch the Firebirds in action with all practices and scrimmages being FREE and open to the public.

Fans are encouraged to attend the Firebirds’ fifth-annual Blue vs. White game on Wednesday, Aug 28. The main event takes place from 6-7:30 p.m. at Iceland Arenas and admission is free to the public.

Below is a list of events for the Training Camp. All on-ice sessions are free and open to the public at Iceland Arenas.

Fans can also book group outings now for the upcoming season before individual game tickets go on sale to the general public! Group ticket packages are available to fit your needs. Whether you are entertaining corporate clients, celebrating a special occasion, having a fun night out with family and friends or rewarding employees, we have a fun, easy and affordable plan for you! For more information, contact John Notter by calling (810) 744-0580 ext. 216 or by emailing john@flintfirebirds.com.