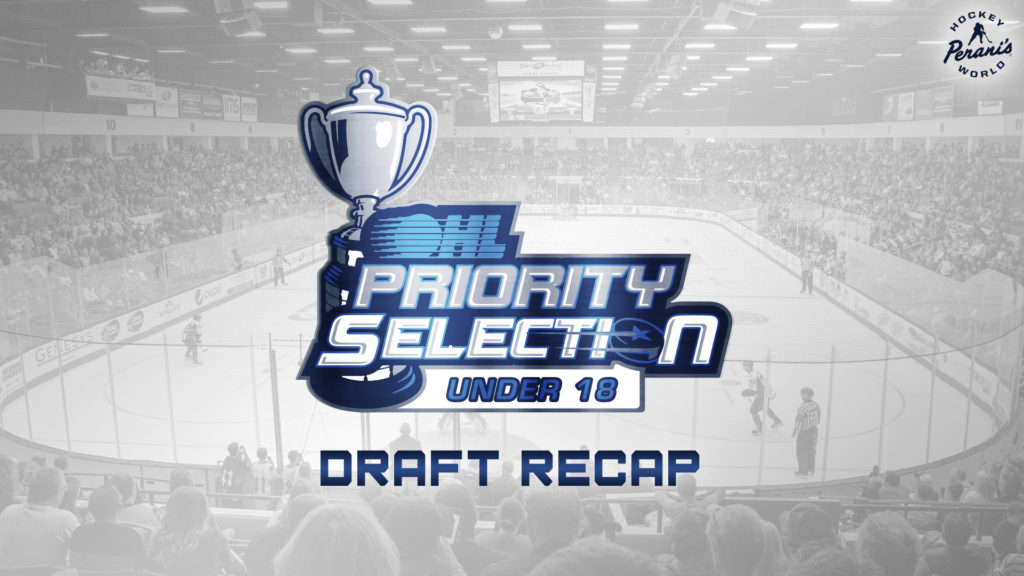 “We’d like to congratulate all the families on being selected into the Firebirds family,” said Flint Firebirds Vice President of Hockey Operations & General Manager Barclay Branch. “Our scouting staff did an excellent job of selecting players that fit the profile of player that we want to bring into our program. We were able to select the players we wanted and I commend our staff for sticking to the plan.”

In the draft, a total of 56 players were selected from 34 different teams and included 30 forwards, 16 goaltenders and 10 defensemen. 55 of the 56 players selected were born in 2003 including 45 with birthdays before September. 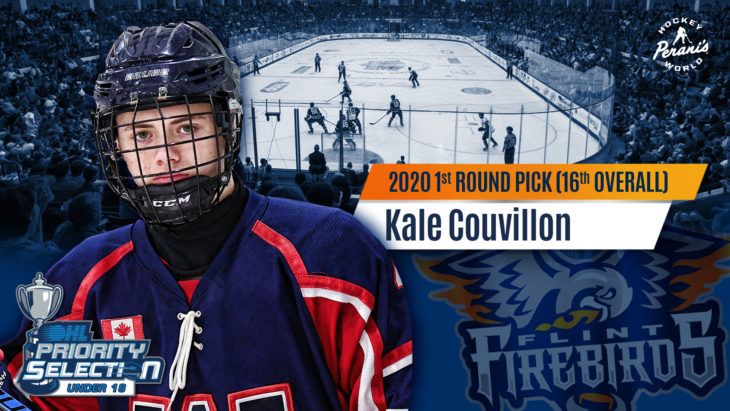 The Firebirds selected forward Kale Couvillon (pronounced koo-vee-on) in the first-round (16th overall). A native of Amherstburg, ON, Couvillon recorded 49 points (33G, 16A) including 86 penalty minutes in 45 games with the Windsor Jr. Spitfires Midget AAA Hockey Club in the Minor Hockey Alliance of Ontario (MHAO). The 5-foot-6, 166 pound forward was an assistant captain with the Jr. Spitfires and also played in one game with Firebirds’ affiliate, Leamington Flyers in the Greater Ontario Junior Hockey League (GOJHL) last season. 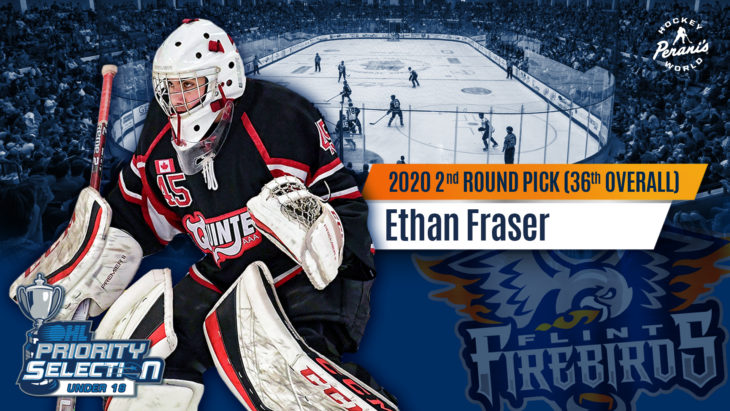 Next, the Firebirds selected goaltender Ethan Fraser in the second-round (36th overall). Fraser, a native of Belleville, Ont., posted a 2.48 goals against average (GAA) including three shutouts in 22 games played with the Quinte Red Devils in the Ontario Minor Hockey Association-Eastern Toronto Area (OMHA-ETA). The 6-foot, 185-pound netminder has spent the last seven seasons with the Red Devils and was named the team’s ‘Defensive Player of the Year.’ this campaign. 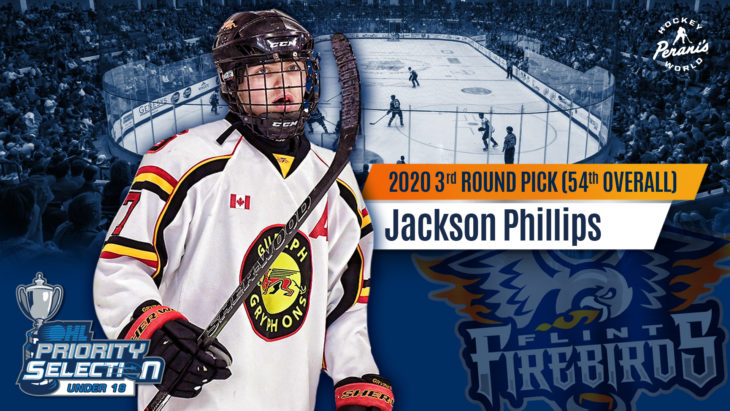 Flint then selected forward Jackson Phillips in the third-round, 54th overall. A native of Rockwood, Ont., Phillips tallied 30 points (16G, 14A) in 30 games with the Guelph Jr. Gryphons in the Ontario Minor Hockey Association-South Central Triple-A League. The 5-foot-11, 168-pound skater was selected to compete in both the OMHA and SCTA league all-star games and has been named an assistant captain for the past four years.