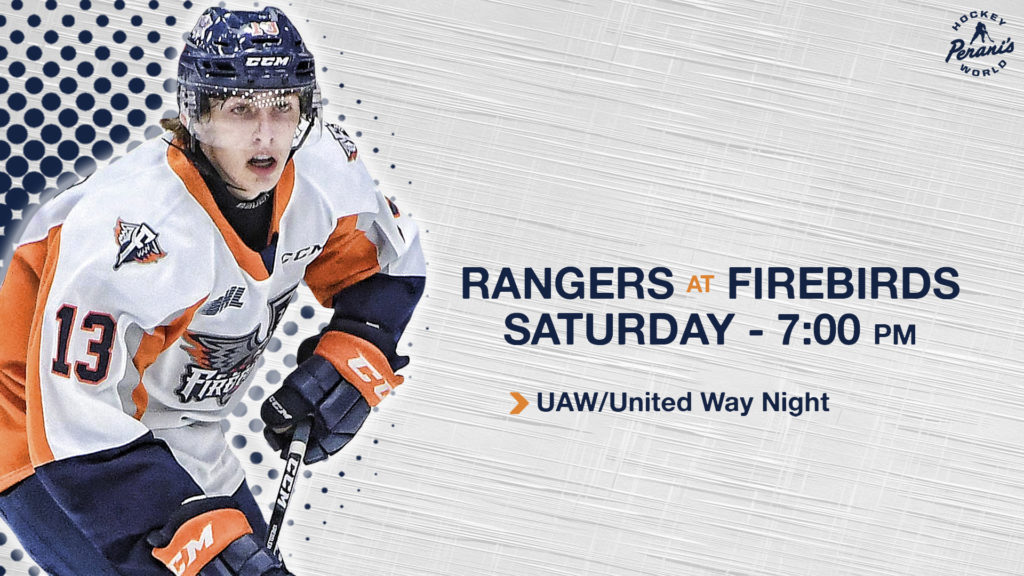 Fans can use promo code UAW on ticketmaster.com to have $5 from their tickets donated to the United Way of Genesee County. Also, take in two hockey games for the price of one as Team UAW will face-off vs. Team United Way in the annual ‘Live United Game.’ Doors open at 3:45 p.m., the game starts at 4 p.m. and fans must have a ticket to the following Firebirds’ game at 7 p.m. to gain entrance into the ‘Live United’ game. Then, during the Firebirds’ game, there will be a silent auction behind section 20 for both the UAW and United Way team jerseys and various other items.

About The Flint Firebirds:
The Flint Firebirds are a proud member of the prestigious 20-team Ontario Hockey League. The OHL is one of three leagues that constitute the 60-team Canadian Hockey League (CHL), which is known as the world’s premiere player development league for the NHL. On NHL opening day rosters in October, 70% of NHL players were CHL alums. Since the Firebirds’ inception in Flint, Michigan four seasons ago, the team has produced 18 NHL signed or drafted players. More than 250 scouts representing all 31 NHL clubs attended a Firebirds game in Flint throughout the 2018-19 season. The Firebirds average nearly 3,000 fans per game at the newly renovated Dort Federal Credit Union Event Center, reaching over 100,000 fans each OHL season.