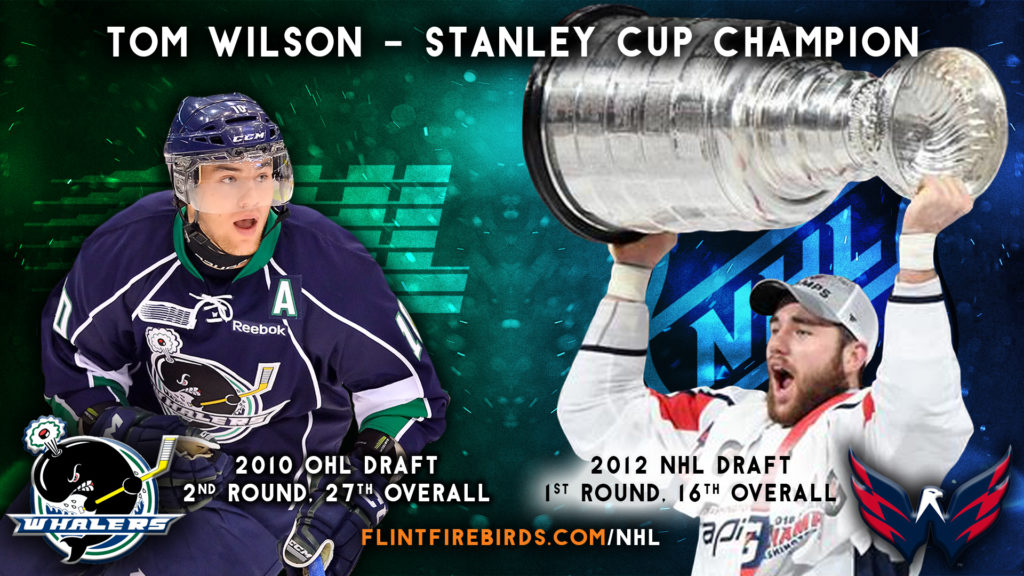 Former Plymouth Whaler Tom Wilson can now call himself a Stanley Cup Champion. A member of the Washington Capitals since 2013, Wilson helped his team to a victory over the Vegas Golden Knights Thursday to clinch the Stanley Cup in five games.

Wilson was picked by Plymouth in the second-round (27th overall) of the 2010 Ontario Hockey League (OHL) Priority Selection. He played with the Whalers from 2010-2013 before making the jump to the National Hockey League (NHL) with Washington. Wilson was a first-round draft pick (16th overall) by the Capitals in the 2012 NHL Draft.

He has since played in the NHL for the last five consecutive years. This season, the Toronto, Ont. native earned 35 points (14G, 21A) including 187 penalty minutes in 78 games with Washington. In 21 playoff games, Wilson scored five goals and added 10 assists totaling 15 points.

In 2015, the OHL’s Plymouth Whalers relocated to Flint and were rebranded as the Firebirds. For the past five seasons, the OHL has sent more players to the NHL than any other league in the world. The OHL leads in total players selected in the NHL Draft (199), first and second round selections combined (76), defenseman (66) and forwards (122). See Info Graphic Here

For a complete list of Plymouth Whalers and Flint Firebirds in the NHL, visit FlintFirebirds.com/NHL.