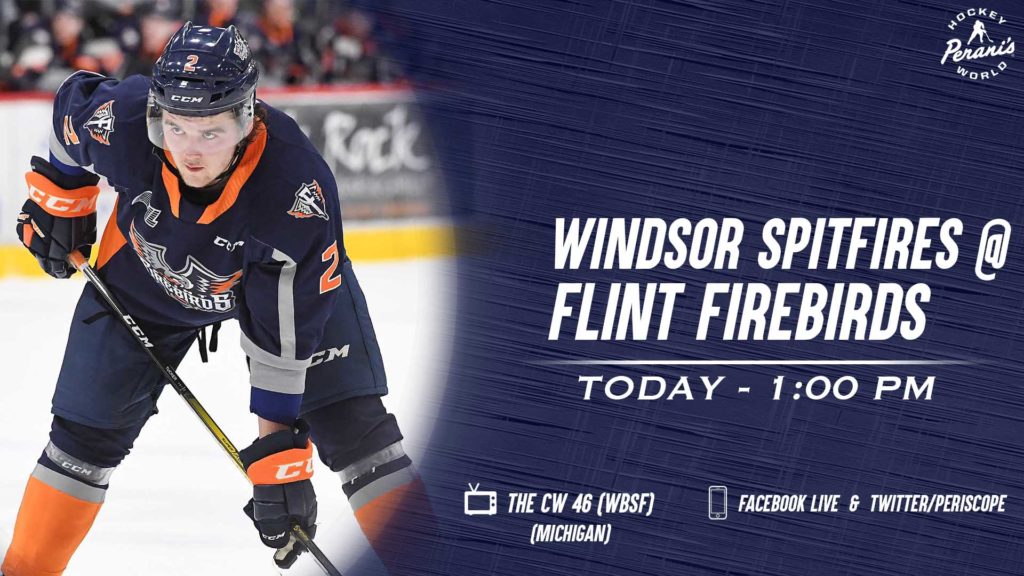 Flint, Mich. – Earlier this week, the Flint Firebirds announced that they have partnered with Sinclair Broadcast Group and WBSF CW-TV out of Flint, Mich. to re-broadcast select Flint Firebirds Hockey games on television over the next four Saturdays. The first re-broadcast begins this afternoon at 1 p.m. (ET) when the Firebirds faced-off against the Windsor Spitfires on Saturday, Mar. 7.

That game marked the sixth of six total meetings between the two clubs and the third of three games to be played in Flint last season. The Firebirds were 2-3-0-0 against the Spits and won one home game and one away game at that point. All-time, the Firebirds were tied with a 7-7-0-0 record at the Dort Federal Event Center heading into the game.

The Firebirds finished the season setting six franchise-records this year after recording the most points in a season (82), most wins (40), most home wins (20), most road wins (20), most goals for (274) and longest winning-streak (15 consecutive games), which was the second-longest in the OHL last season by five games.

Broadcast Coverage:
Fans throughout Michigan can watch the re-broadcast of the Flint Firebirds vs. Windsor Spitfires game on television this afternoon beginning at 1 p.m. (ET). The game will air on CW-46 (WBSF) on the following TV channels:

Additionally, fans that are outside of the Mid-Michigan viewing area will still have the opportunity to watch today’s re-broadcast online for free as the Firebirds will be simulcasting the game live on their Facebook and Twitter accounts. Fans without either Facebook or Twitter accounts can still watch the game for free on any computer or mobile device by clicking here.

WBSF, branded CW 46, is the CW-affiliated television station for the Flint/Tri-Cities market that is licensed to Bay City, Michigan, United States.

Below is a coverage map where The CW-46 is available throughout Michigan. 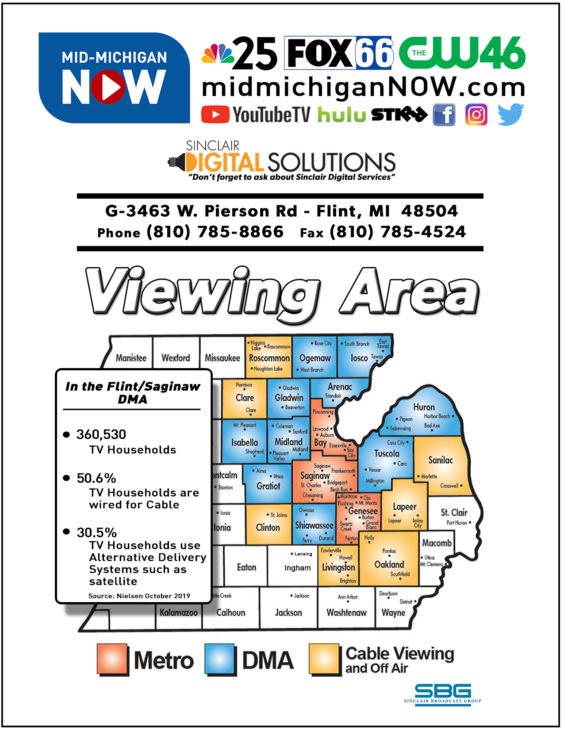