Flint’s Will Bitten Named to Team Canada for World Challenge 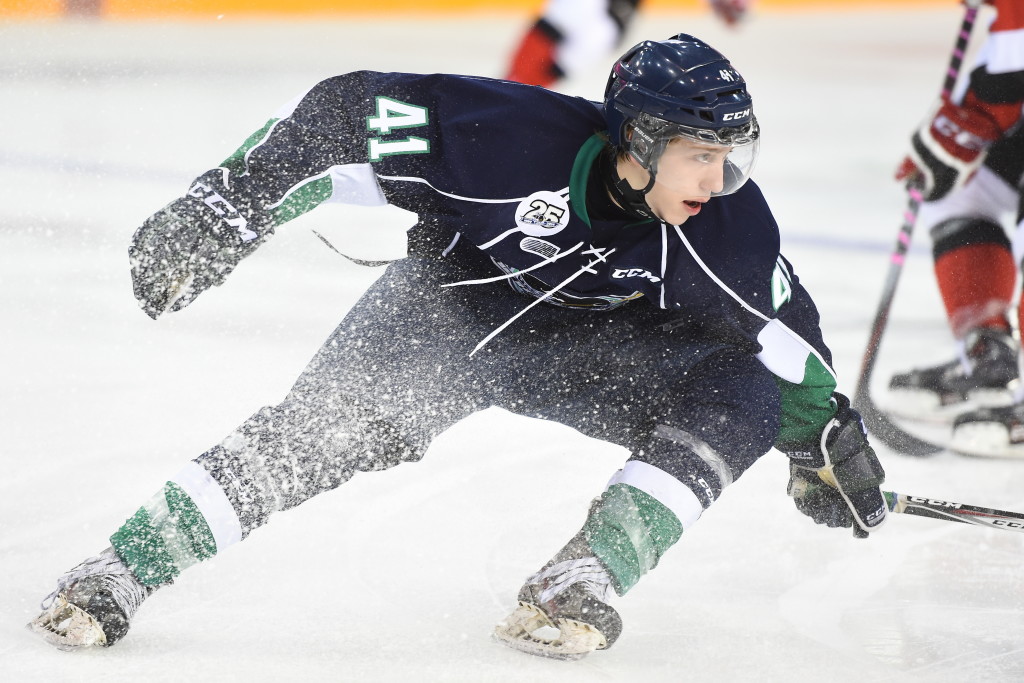 Flint, Mich. – The youth core of the Flint Firebirds continues to shine as forward Will Bitten is among the 22 Canadians selected to represent their country at the 2015 Ivan Hlinka Memorial Cup, Aug. 10-15 in Breclav, Czech Republic, and Bratislava, Slovakia.

This is the second time Bitten will represent Canada on the international stage.  He was a member of Team Canada Red at the 2014 World U-17 Challenge where he had five points (2G, 3A) in five games.

“It’s exciting to see the core youth of our team be selected to represent their country. They’re not only elite players within the Ontario Hockey League but they’re also getting an opportunity to compete on the international stage,” said Flint Firebirds General Manager, Terry Christensen. “Bitten developed a lot last year on the ice and is reaping the benefits of his hard work. We’re very happy for Will and are looking forward to surrounding him with the talent that we’re bringing to Flint this year,” added Christensen.

Bitten is one of only three OHL forwards selected on the U-18 Canadian National Team which includes a total of 13 forwards, seven defensemen and two goaltenders. Ryan Jankowski, director of player personnel for Hockey Canada, alongside Dale DeGray, a member of the management group with Hockey Canada’s Program of Excellence, and head coach Stan Butler (Toronto, Ont./North Bay, OHL), assembled the roster with support from assistant coaches Shaun Clouston (Viking, Alta./Medicine Hat, WHL) and Darren Rumble (Barrie, Ont./Moncton, QMJHL).

In addition, Matyáš Kantner, the Plzen, Czech Republic native and Flint’s 2nd round selection in the 2015 CHL Import Draft will also compete in the Ivan Hlinka Memorial Cup this week with the U-18 Czech Republic National Team.

Last week, Vili Saarijärvi, who was selected in the 1st round by the Firebirds in the 2015 CHL Import Draft and by the Detroit Red Wings in the 3rd round of the 2015 NHL Draft (73rd overall), competed with the U-20 Finnish National Team against the United States and Sweden national programs in Lake Placid, NY.

For more information on the 2015 Ivan Hlinka Memorial Cup including team rosters, schedules, results and to watch games live, access the following links: