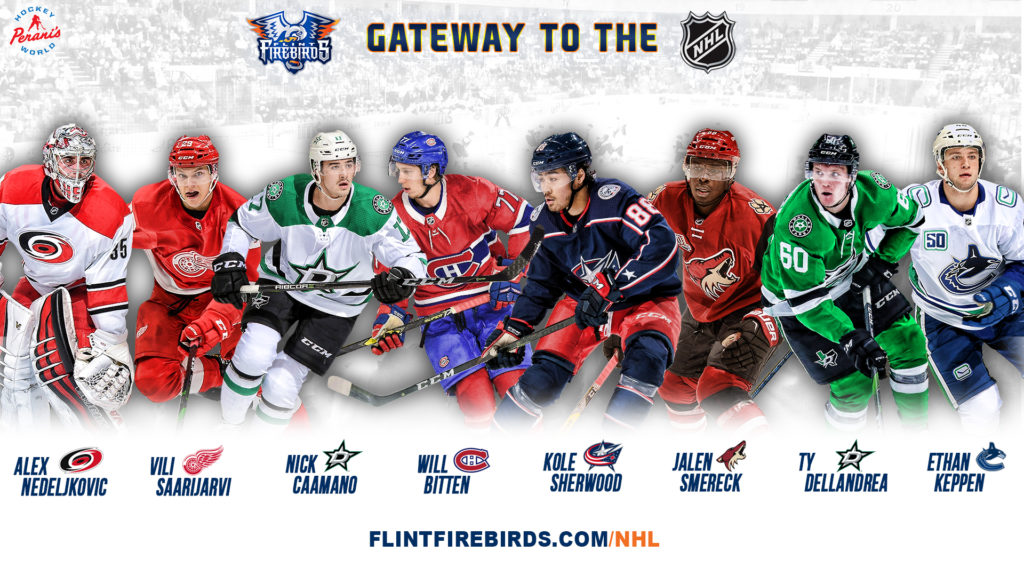 There have been 10 Firebirds that have played in a NHL regular or preseason game: Bitten, Caamano, Dellandrea, Keyser, Keppen, Kolyachonok, Nedeljkovic, Saarijarvi, Sherwood and Smereck.

At least one skater that has played for Plymouth or Flint has been drafted in all 28 years of the organization’s past dating back to 1991. The most players ever picked in an NHL draft came in 2000 when six Whalers were selected.