Benefits for full-season membership holders include FREE parking ($340 value), $102 of ticket savings for all of the 2022-23 season, (4) complimentary tickets to select road regular-season games in Saginaw, (2) buddy vouchers to bring a friend to any home Firebirds’ game, exclusive invitation to team and player events and much, much, more!

A $50 deposit reserves your seat for the 2022-23 season! Fans can secure their seats for next season at the Dort Financial Center Box Office from 11 a.m. to 5 p.m., Tuesday thru Friday or during Flint Firebirds’ home games at the Guest Services table located behind section 3. 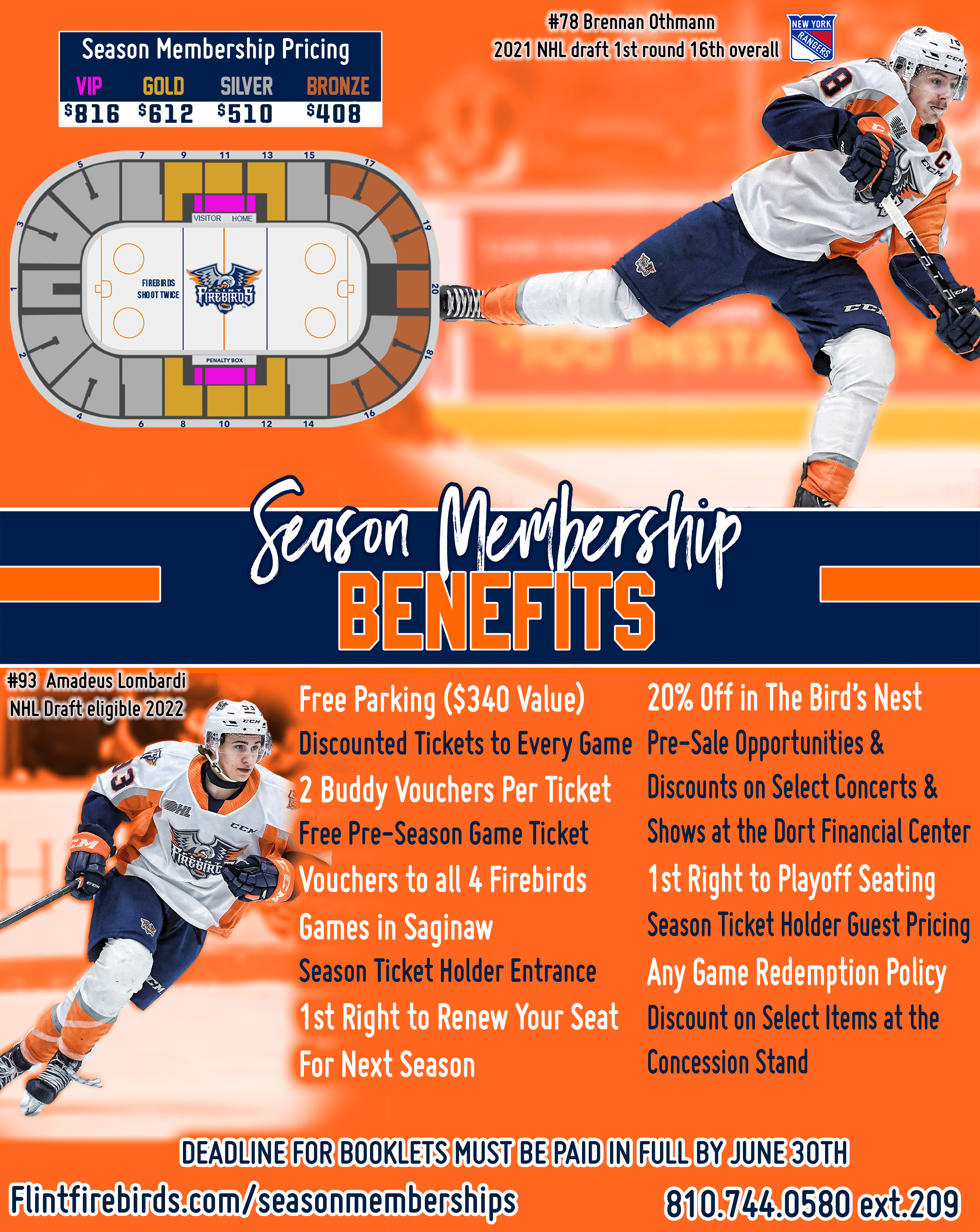 About The Flint Firebirds:
The Flint Firebirds are a proud member of the prestigious 20-team Ontario Hockey League. The OHL is one of three leagues that constitute the 60-team Canadian Hockey League (CHL), which is known as the world’s premiere player development league for the NHL. On NHL opening day rosters in October, 70% of NHL players were CHL alums. Since the Firebirds’ inception in Flint, Michigan five seasons ago, the team has produced 22 NHL signed or drafted players. More than 250 scouts representing all 31 NHL clubs attended a Firebirds game in Flint during the 2019-20 season. The Firebirds average nearly 3,000 fans per game at the newly renovated Dort Financial Center, reaching over 100,000 fans each OHL season.