We hope this finds both you and your family healthy and doing well. We’ve been busy throughout the pandemic renovating our facility to improve your experience at the Dort Financial Center and the upgrades look incredible!

Part of our renovations includes replacing the seating at the Center. For a limited time, we are offering Flint Firebirds fans the opportunity to own a piece of Flint Hockey history and secure a collectable, upper bowl stadium seat for $25-$50 based on style. A limited number of seats are available and will be distributed on a first-come-first-serve basis. Below is a list of frequent questions and answers (Q&A’s) to better serve you:

What is the difference in cost? 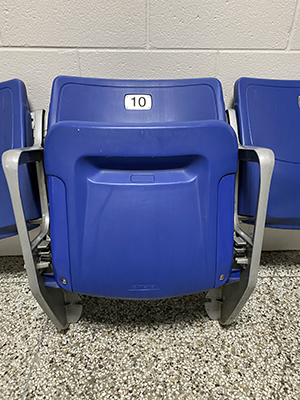 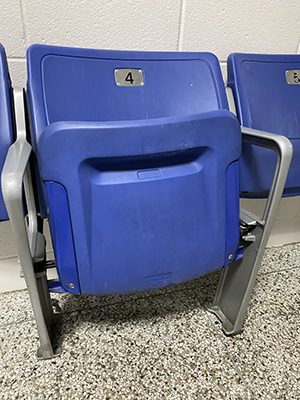 How do I obtain a seat?

What are the pick up times?

Where do I go when I arrive at the Dort Financial Center?

Please enter through the main entrance, south of the Dort Financial Center, off of Lapeer Rd. You may park at the top deck by the entrance doors to easily load your vehicle. Click here for a map.

Are the chairs assembled?

All of the chairs have been disassembled so they will easily fit in our fans’ vehicles. All of the hardware is included for reassembly.

What colors are available?

There are two options, red and blue.

Can I pick any seat number?

Yes, of course! You can select the preferred number, based on availability. Most numbers are still currently available.

How can I sign up for Flint Firebirds season memberships?

To sign up, or to renew your seat for the upcoming season, you can do so by contacting Flint Firebirds Director of Ticketing Mary Nagy by email at mary@dorteventcenter.com or call (810) 875-6071. Click here for Season membership details and benefits.

I’m a Flint Firebirds season member holder. Is there a discount?

What do the new seats & LED ribbons look like? 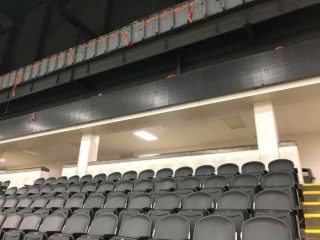