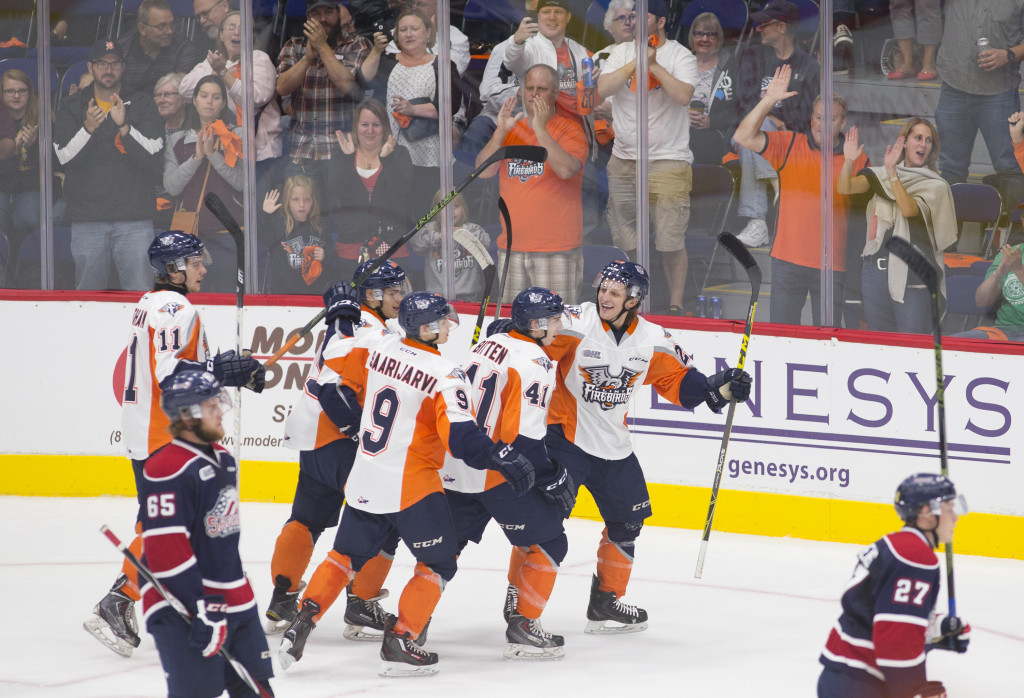 2021-22 Firebirds single-game tickets will be on sale at a later date. Follow the Firebirds website and social media accounts for more information.

Since the Flint Firebirds’ inception four seasons ago in 2015, the team has produced 22 NHL-signed or drafted players. More than 250 scouts representing all 31 NHL clubs attended a Firebirds game. The Flint Firebirds are a proud member of the prestigious 20-team Ontario Hockey League. The OHL is one of three leagues that constitute the 60-team Canadian Hockey League (CHL), which is known as the world’s premiere player development league for the NHL. On NHL opening-day rosters in October, 70% of NHL players were CHL alums.

For more information on single-game ticket sales for the 2019-20 Flint Firebirds campaign, contact the Dort Financial Center Box Office at  (810) 744-0580.