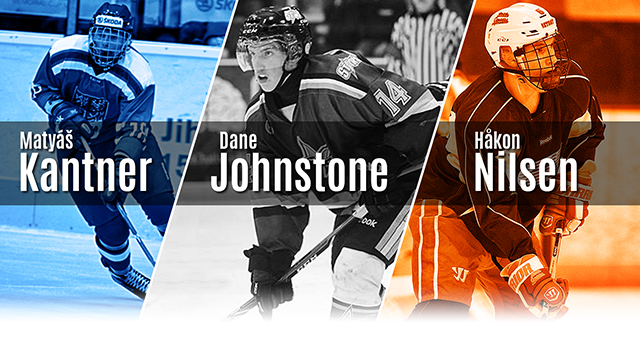 Johnstone, who was drafted in the 2014 OHL Priority Selection, is a native of St. Thomas, Ont., and recorded 49 points while adding 13 goals in 48 games as a member of his hometown’s St. Thomas Stars in the 2014-15 season. In addition, Johnstone also averaged a point per game in the playoffs last spring notching 6 points in 6 games played for the Stars of the Greater Ontario Junior Hockey League (GOJHL).

“These three signees are another large part of the building process of this hockey team,” said Christensen. “We’re very excited to have Johnstone sign with us as he was a teammate of [Zach] Grzelweski’s last season. Both played very well together and we’re hoping that they can rekindle that with us this year.”

Nilsen, a native of Cape Coral, Fla., was picked in the 2015 OHL Priority Selection and has spent the last five seasons with the Detroit Honeybaked and Little Caesars Hockey Clubs, who are often referred to as two of the top youth hockey programs in North America. Nilsen was a member of the Honeybaked Bantam Minor Michigan Amateur Hockey Association (MAHA) State Championship team in 2012 and most recently won another State Championship this past March with the U18 Little Caesars Hockey Club.

“Håkon has played at the highest level of hockey in the state of Michigan and competed with a team that played for the United States National Championships last year,” added Christensen. “He’s worked very hard over the last two seasons to develop his strength both on and off the ice and has grown into a top defensive prospect for our hockey program.”

The Firebirds have officially signed both of their 2015 CHL Import Draft selections with the addition of Kantner to the club’s roster this season. Kantner is a native of Plzen, Czech Republic and played for HC Plzen U18 last season, recording 46 points in 42 games. He was also a member of the U17 Czech Republic National Team Development Program scoring two goals while adding an assist for three points in three games played. The 2nd round pick (69th overall) in the 2015 CHL Import Draft also competed for the U18 Czech Republic squad earlier this month at 2015 Ivan Hlinka Memorial Cup in Breclav, Czech Republic, and Bratislava, Slovakia.

“Kantner will be another great addition to our hockey club,” said Christensen. “He just finished competing in the Ivan Hlinka Memorial Cup this month and had the opportunity to play and practice with some of the best players in the Czech Republic and we expect that to translate with the Firebirds this season as well.”

Standing room only tickets to the Flint Firebirds inaugural opening night game vs. the Saginaw Spirit on Saturday, Sept. 26 are available by visiting the Dort Federal Event Center Box Office, ticketmaster.com or by calling (810) 744-0580. Great season seat locations are still available by calling the box office or e-mailing Susana Wight at susana@flintfirebirds.com.