Flint, Mich. – The Flint Firebirds announced today that the club has selected forward Ty Dellandrea as the fifth overall pick in the 2016 OHL Priority Selection.

Dellandrea said, “It is truly an honor to be selected 5th overall by the Flint Firebirds. I have full confidence in the Flint organization and the changes that they are making will lead to much success. To all the Flint fans and supporters, I am really looking forward to what is to come.”

Flint Firebirds Head Scout Dave McParlan said, “Ty is an excellent complete player. He is probably one of, if not the best goal scorer in the draft. He is also a very responsible two-way player that has no trouble with the physical part of the game.”

Flint Firebirds General Manager Terry Christensen said, “We’re really excited to bring a player like this. We really believe that Ty will fit right in to our hockey club instantly. He’ll be a very talented center iceman for us and bring offense to the table from the start. The best thing about him is that he has great character, is a real good citizen and comes from a good family. Ty is someone we’re very excited to have to as part of the Firebirds hockey family.”

Christensen added, “The City of Flint has done a very good job for us all year long. Our last home game had a near capacity crowd of 4,200 fans in the building and the atmosphere was great. The fans were cheering and doing the wave and there was a lot of action in the building. We have people that are calling the office to renew their season tickets and their advertising and now we have athletes that were drafted and want to play in Flint. This is a great day for everybody.” 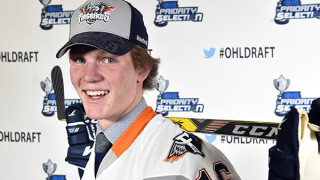 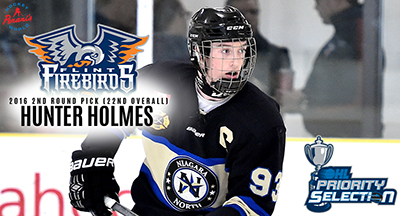 The Firebirds selected Hunter Holmes with the 22nd pick overall and the second pick in the second round of the 2016 OHL Priority Selection. In 35 games with the Niagara North Starts Minor Midget AAA team last season, the 6-1, 168 pounds center iceman earned 22 goals and 12 assists for a total of 34 points. 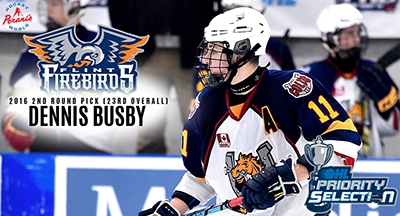 The Firebirds then selected Dennis Busby with the very next pick, 23rd overall and third pick of the second round. Busby played for the Barrie Jr. Colts last season and totaled 23 points in 23 games played, scoring six times while adding 17 assists. Busby also suited up for Canada 2000’s in the 2016 Youth Olympics. 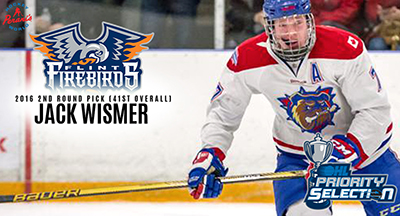 The Firebirds selected right-winger, Jack Wismer with Flint’s third pick in the second round, 41st overall. Wismer earned 51 points in 35 games this season, including 19 goals and 32 assists. He also tallied eight points in five games for the Bulldogs in the OHL Cup. Wismer played in one game after being called up by the Ancaster Avalanche in the GOJHL. 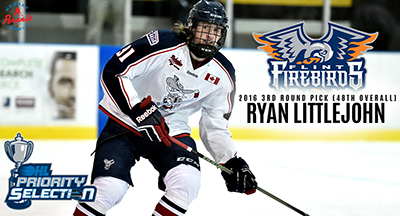 Ryan Littlejohn was the Firebirds fifth pick in the 2016 OHL Priority Selection. In 71 games last season with the Mississauga Rebels, Littlejohn tallied 18 goals, 29 assists for a total of 47 points including 132 penalty minutes. The 6-2, 188 pound left winger was selected in the third round, 48th overall. 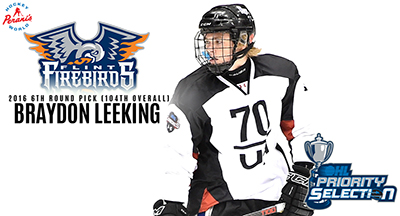 Braydon Leeking was selected by the Firebirds in the sixth round, 104th pick overall. Like Dellandrea, Leeking, a forward, played with the Central Ontario Wolves and finished the season in the OJHL with the Lindsay Muskies. He recorded 43 points in 34 games played with the Wolves, including 19 goals and 24 assists. 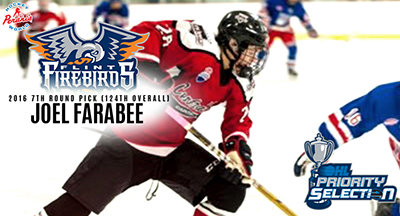 The Firebirds selected Joel Farabee in the seventh round, 124th overall. Farabee has played for the Selects Hockey Academy in South Kent, Conn. for the past two seasons. Farabee, the first American drafted by the Firebirds in the 2016 OHL Priority Selection, has racked up 33 points in 28 games in his first year, including 49 points in 27 games this past season. In three games in playoffs this spring, Farabee scored five times and earned five assists for a total of 10 points. 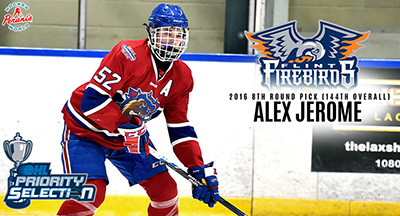 Alex Jerome became the second player that the Firebirds selected from the Hamilton Junior Bulldogs in the 2016 OHL Priority Selection. Drafted in the eighth round, 144th overall, Jerome lit-the-lamp four times last season while tallying 18 assists for a total of 22 points in 36 games. 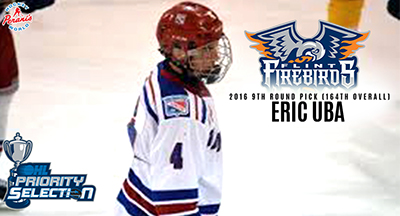 After coring 42 points in 33 games played for the Kitchener Jr. Rangers last season, Eric Uba was selected by the Firebirds 164th overall in the 9th round. Uba recorded six goals and six assists in 13 playoff games for the Junior Rangers. 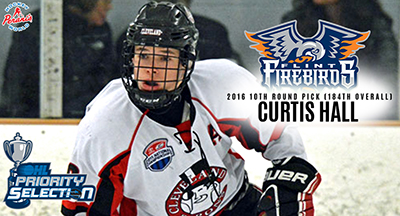 Curtis Hall has sent the past three seasons playing for the Cleveland Barons AAA hockey team and was tabbed by the Firebirds in the 10th round, 184th overall. Hall racked up 34 points in 32 games with the Barons last season. Chosen as an assistant captain with the Bantam Major Barons, Hall earned 18 points in 15 games in the 2014-15 season. 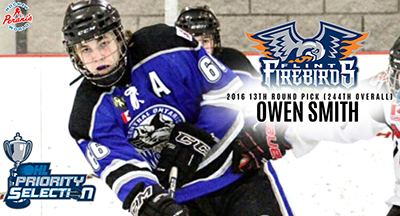 Owen Smith became the third player from the Central Ontario Wolves AAA Hockey Team that was selected by Flint when the Firebirds picked him in the 13th round, 244th overall. Last season, Smith, notched 25 points in 35 games, including give goals and 20 assists as a forward. 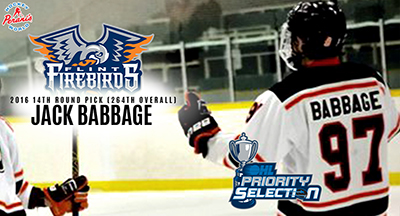 The Firebirds selected Jack Babbage in the 14th round, 264th overall. Babbage scored six goals and marked four assists in 33 games as a defenseman with the Don Mills Flyers in the 2015-16 season. 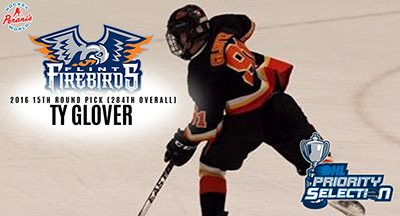 The Firebirds selected Center, Ty Glover in the 15th round, 284th overall. In 33 games played with Elgin-Middlesex, Glover recorded 15 points, with four goals and 11 assists. Glover also chipped in 13 points in 15 playoff games this season. 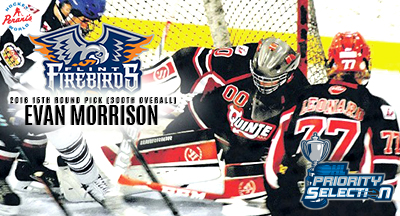 Flint finished off their second OHL Priority Selection by choosing netminder, Evan Morrison who played for Quinte last season. In 22 games played, Morrison had 9 wins and 7 losses including a 2.52 GAA. Many scouts state that Morrison played a key role in leading his team to a OHL Cup play-in game victory this past spring.