Flint, Mich. – After posting wins in the last two games on home-ice, Flint outshot the Sarnia Sting 51-35 Wednesday but were unable to overcome the visitors who earned a 5-1 victory. Cody Morgan scored Flint’s lone goal, Kelton Hatcher and Jacob Perreault recorded two goals each for Sarnia and Jordan Kooy made 50 saves in the triumph. Anthony Popovich made 30 saves for Flint on 35 Sarnia shots shots.

Sarnia was first to strike at 2:25 of the opening period. Ty Voit headmanned the puck up the right wing wall to Brayden Guy who skated into the Firebirds’ zone and behind the net of Anthony Popovich. Guy dished the puck to Tabak in the slot who directed it on net through Popovich’s five-hole.

The Sting earned a two-goal lead with 1:51 remaining in the first period after Jamieson Rees skated into the Firebirds’ zone and dropped a pass to Kelton Hatcher at the left-wing circle who scored far-side off the right post and in.

Jacob Perrault increased the Sting’s lead to three on a broken play in the neutral zone. Perrault found a loose puck on the right-wing wall and scored shortside at 8:29 of the middle period.

Cody Morgan scored for Flint at 15:39. From the right corner, Jack Phibbs fed the puck to Jake Durham in the right circle. Durham sent a pass that deflected off a Sarnia defender’s skate to Morgan backdoor, who found twine for his fifth of the season.

Then, with 17 seconds remaining in the middle period, Hatcher scored his second of the game from the right circle, shortside to earn Sarnia a 4-1 lead after two periods. Perreault added one more from the slot at 10:22 of the final period, converting on a pass form Ryan McGregor from below the goal line.

Next up for Flint, the Firebirds are on the road Friday against the London Knights. Puck drop is set for 7:30 p.m. (ET) at the Budweiser Gardens (capacity 9,046). The game will be televised live in London on Rogers TV channel 13 / 510 (HD) and will also be televised live province-wide throughout Ontario on the OHL Action Pak on channel 469 for both Cogeco cable and Rogers cable TV subscribers. Additionally, the game can be heard live on the radio throughout Flint & Mid-Michigan on US 103.1 FM and around the world online at www.us103.com. 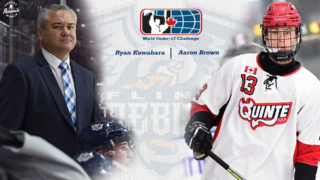